Paul Pogba scored twice as Manchester United kicked off their Champions League campaign with a routine 3-0 victory over Young Boys this evening. 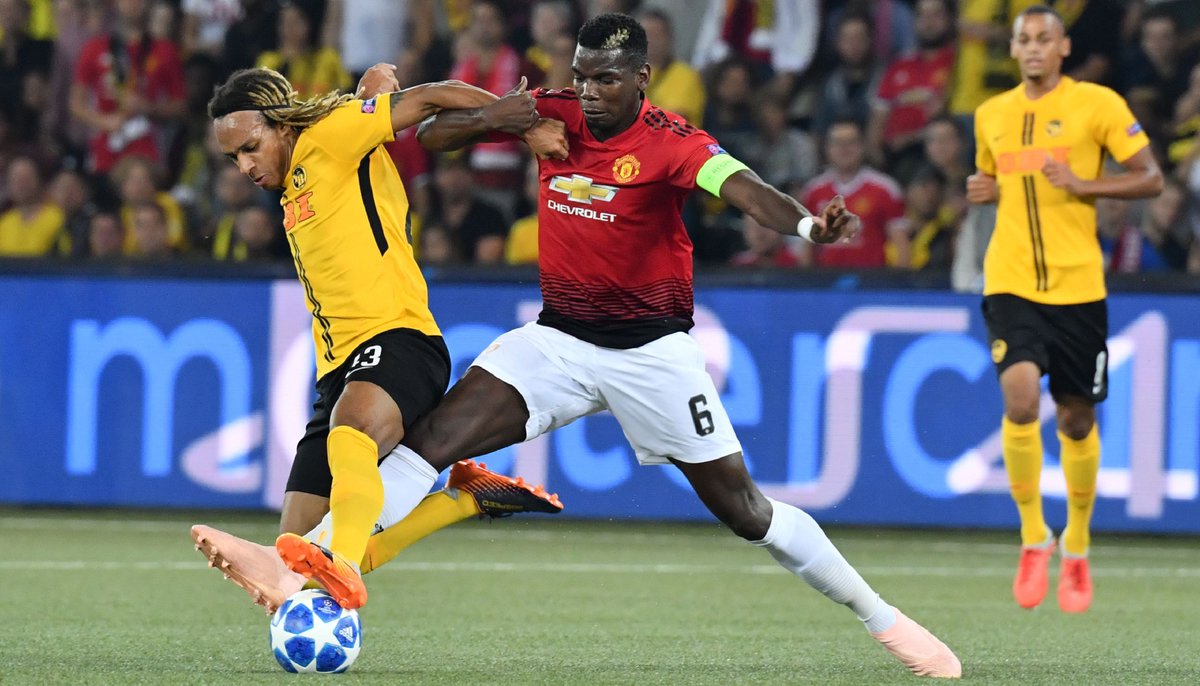 Paul Pogba scored twice as Manchester United kicked off their Champions League campaign with a routine 3-0 victory over Young Boys in Switzerland this evening.

United dominated from the outset and opened the scoring in the first half as Pogba lashed home a wonderful left footed strike in to the top corner from the edge of the area in the 35th minute.

The visitors were then gifted the perfect opportunity to double their advantage after being awarded a penalty just before half time when Luke Shaw’s cross hit Mbabu’s arm. Pogba made no mistake from the spot to make it 2-0 at the break.

The French international then played a key role in United’s third as Pogba charged through midfield before teeing-up Anthony Martial who slotted home for 3-0 in the 66th minute.

United eased to victory and sit top of Group H on goal difference from Juventus following their 2-0 win over Valencia in tonight’s other game.