Here is our match preview ahead of Liverpool’s Premier League clash with Southampton including team news, expected line-ups and predicted score

Liverpool will be looking to maintain their perfect start to the new season when they welcome Southampton to Anfield on Saturday afternoon.

The Reds have enjoyed a dream start to the campaign as they extended their run to five consecutive victories in the Premier League with a 2-1 win at Tottenham Hotspur last weekend to remain joint top of the table alongside Chelsea.

Jurgen Klopp’s men also made an excellent start to the Champions League group stages after beating Paris Saint-Germain in a five-goal thriller in midweek so the Merseysiders should be full of confidence heading in to this game having won all of their matches so far this season.

Southampton head to Anfield sitting 13th in the division after drawing 2-2 with Brighton on Monday night which saw the south coast club concede a stoppage time penalty having been 2-0 up so Mark Hughes will be desperate to make up for that result tomorrow.

Liverpool will continue to be without Dejan Lovren as the defender is still not considered fit enough to return despite resuming full training earlier this week having overcome a niggling pelvic injury.

Adam Lallana is also still out with a groin injury that he sustained during the last international break but Dominic Solanke could be in the squad after missing the PSG game with concussion.

Klopp is expected to recall Roberto Firmino to the starting eleven after he shrugged off an eye problem to come off the bench and score the winner in midweek while Naby Keita is also set to come back in to midfield.

Southampton will be without Danny Ings as he’s not allowed to play against his parent club while Manolo Gabbiadini will face a late fitness test on a hamstring injury. 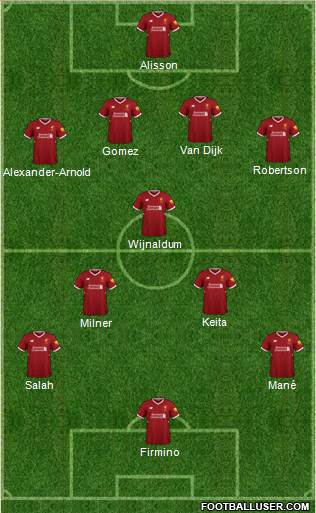 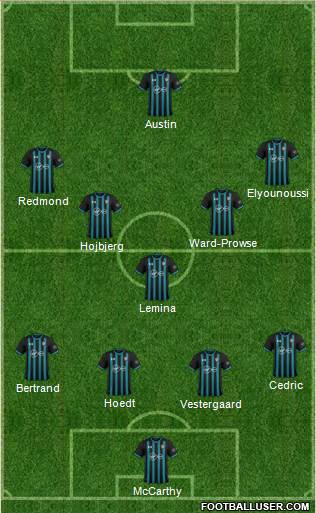 Liverpool 2-0 Southampton: The Reds have lost just 3 of their 19 home Premier League games against Southampton and have kept clean sheets in their last four meetings. Klopp’s men have been imperious so far this season and are unbeaten in their last 23 league games at Anfield so I can’t see past a routine home win tomorrow.