Here is our match preview ahead of Chelsea’s Premier League clash with West Ham including team news, expected line-ups and predicted score

Chelsea will be looking to maintain their 100% start to the new season when they take on West Ham at the London Stadium on Sunday afternoon.

The Blues have won all five of their Premier League games so far this campaign with a 4-1 victory over Cardiff City at Stamford Bridge last weekend seeing them climb above Liverpool to the top of the table on goal difference so Maurizio Sarri will be desperate to remain at the submit for at least another week.

Chelsea transferred their domestic form to Europe on Thursday night as they opened their Europa League campaign with a comfortable 1-0 win over PAOK – although their preparations for the West Ham game were disrupted after their flight home was delayed until Friday lunchtime.

They’ll now face a West Ham side that picked up their first win of the season with a 3-1 victory at Everton last weekend so Manuel Pellegrini will be hoping to build some momentum with another positive result tomorrow afternoon.

Chelsea will welcome Eden Hazard back in to the starting eleven after he was rested for the Europa League clash in midweek following his hat-trick against Cardiff while David Luiz will also be recalled having also missed the trip to Greece.

Mateo Kovacic will be handed a late fitness test after picking up a minor knee injury against Cardiff while Pedro is also a doubt after suffering a shoulder injury in midweek.

Willian should keep his place in attack after scoring during an excellent performance against PAOK while Cesar Azpilicueta and Olivier Giroud are expected to be recalled.

West Ham hope Marko Arnautovic will be passed fit after limping out of the Everton game with a knee problem but Javier Hernandez is a doubt with flu while Jack Wilshere is out after undergoing surgery. 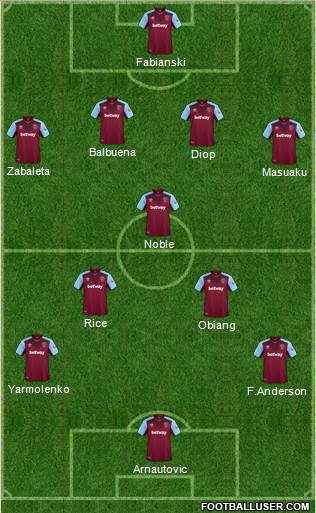 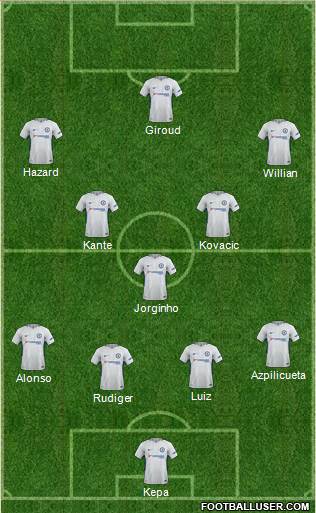 West Ham 1-2 Chelsea: The Hammers have a solid recent record against Chelsea having won three of their last six league home meetings and this should be another tough test for the Blues. However, with Hazard in fine form I think the visitors will edge this. West Ham will make a good game of it but I’m predicting a 2-1 Chelsea win to maintain their perfect start to the season.