Arsenal defender Laurent Koscielny is edging closer to making his comeback from a serious Achilles injury after stepping-up his workload in training. 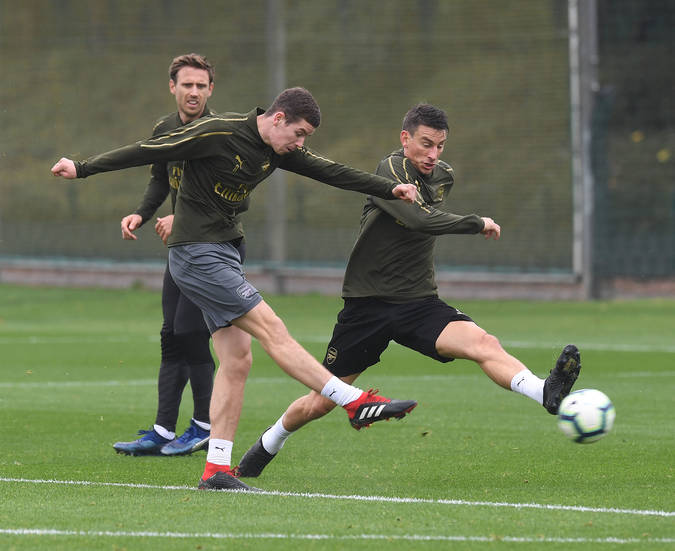 Arsenal defender Laurent Koscielny is edging closer to making his comeback from a serious Achilles injury after stepping-up his workload in training this week.

Koscielny has been on the sidelines since rupturing his Achilles during our Europa League semi-final defeat to Atletico Madrid towards the end of last season and was ruled out for at least six months following surgery.

The centre-back has been making steady progress during his rehabilitation over the summer and began doing individual ball-work out on the London Colney training pitches last month.

It looks like Koscielny has now stepped-up his recovery as the Frenchman has been snapped by club photographers taking part in training exercises with the rest of the first team squad today.

The 33-year-old insists he won’t rush back before he’s 100 per cent fit but the Arsenal medical team expect him to be available again at some point in November as long as he doesn’t suffer any setbacks over the coming weeks.

Koscielny’s return will come as a huge boost as he’s been sorely missed while on the treatment table and I think he has the potential to form an exciting partnership alongside summer signing Sokratis in the middle of the back four.

Here are some photos from today’s training session: