Emile Smith Rowe was on target as Arsenal booked their place in the quarter finals of the Carabao Cup with a 2-1 win over Blackpool this evening. 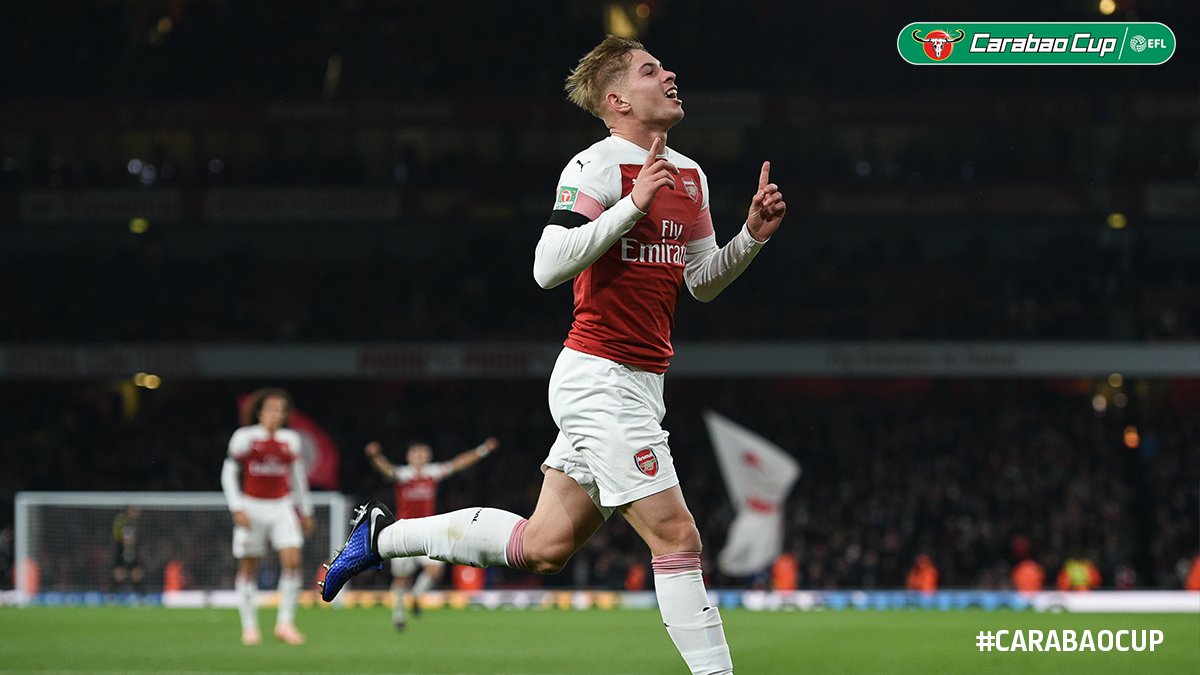 Emile Smith Rowe was on target as Arsenal booked their place in the quarter finals of the Carabao Cup with a 2-1 win over Blackpool this evening.

It was a fairly low key opening to the game but Arsenal managed to break the deadlock in the 33rd minute as Stephan Lichtsteiner slotted home from 8 yards after being found by a superb pass from Matteo Guendouzi.

We doubled our lead shortly after half-time as Emile Smith Rowe was on hand to score his second senior goal for Arsenal from close range after Carl Jenkinson’s cross was palmed away by Mark Howard in the 50th minute.

Arsenal looked to be cruising but our task got a lot more difficult when Guendouzi was sent off for a second needless booking in the 55th minute so we were down to 10-men for the majority of the second period.

Blackpool didn’t take long to make their man advantage count as they made it 2-1 in the 66th minute when Paudie O’Connor was left free to head home from a corner to reduce the deficit.

However, the League One outfit were reduced to 10-men themselves after O’Connor was shown a straight red card for a reckless foul on Pierre-Emerick Aubameyang in the 84th minute and Arsenal held on to secure the 2-1 win.