Arsenal will look for a win when we take on Bournemouth on Sunday afternoon. Here is the side Gooner Mac thinks Unai Emery will select for the game:

Arsenal will look to close-in on the top four with a win when we take on Bournemouth at Dean Court on Sunday afternoon. Here is the side Gooner Mac thinks Unai Emery will select for the game:

Goalkeeper: Petr Cech appears to have lost his place to Bernd Leno in Emery’s starting eleven so I expect the veteran goalkeeper to remain on the bench tomorrow with the German stopper keeping his place between the sticks after a superb showing during the 1-1 draw with Wolves last time out.

Defence: Arsenal have been dealt a blow with the news that Nacho Monreal has been ruled out for another two weeks so Sead Kolasinac should continue at left-back while Hector Bellerin will once again start on the right. Stephan Lichtsteiner is out with a hamstring injury so Bellerin is going to need to stay fit for the next few weeks.

Rob Holding has done well in recent weeks but Sokratis is pushing for a recall after returning to full fitness. Shkodran Mustafi is still an accident waiting to happen but he has improved this season and Emery seems to have faith in him so I think we’ll see Mustafi keeping his place with Sokratis coming in.

Midfield: Granit Xhaka drew criticism once again for his error against Wolves before the international break but on the whole the Swiss star has been great this season and he should keep his place in midfield. 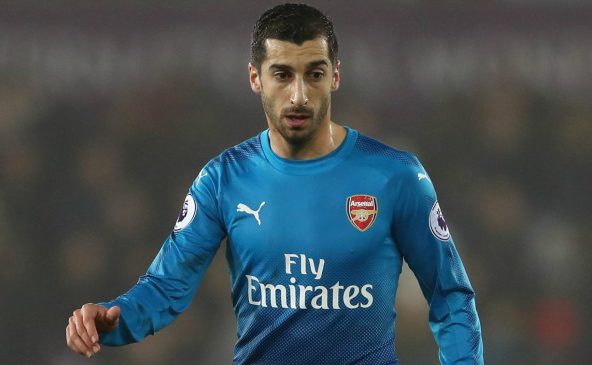 Matteo Guendouzi has been a surprise package since arriving in the summer but I think he’ll have to make do with a place on the bench as Lucas Torreira will once again start alongside Xhaka. The Uruguayan has proven to be an excellent signing and is forming a solid partnership with Xhaka in the middle of the park.

Attack: Alexandre Lacazette is expected to recover from a minor knock that kept him out of the French squad during the international break so I think we’ll see him leading the line up front tomorrow.

Pierre-Emerick Aubameyang also withdrew from international duty last week due to a minor problem but he’s in full training and should be available to start in attack against Bournemouth.

Mesut Ozil will start in the No.10 role and he’ll be looking to put in an improved display after a poor showing against Wolves while obviously Danny Welbeck is out for the foreseeable future after breaking his ankle.

Alex Iwobi will be hoping to keep his place in attack after some excellent form lately. However, I wouldn’t be surprised to see Henrikh Mkhitaryan coming in to the attack with Iwobi on the bench. I think it will be a tough game at Bournemouth so Emery may want to save Iwobi as an impact substitute with the Nigerian on the bench along with Aaron Ramsey. 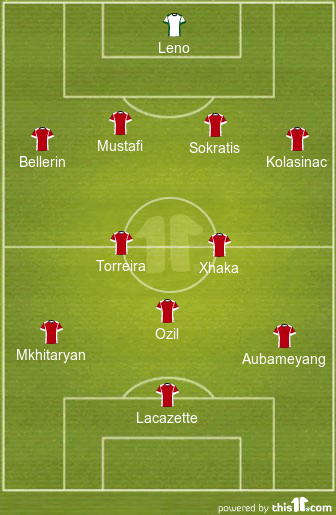