Here is our match preview ahead of Arsenal’s Premier League clash with Southampton including team news, expected line-ups and predicted score

Arsenal will be looking to extend their unbeaten run to 23 games when we take on Southampton at St Mary’s on Sunday afternoon.

A much-changed Arsenal side eased to a 1-0 victory over Qarabag in our final Europa League group game on Thursday night to make it 22 games undefeated after we also beat Huddersfield Town 1-0 at the Emirates last weekend.

The win over the Terriers ensured we remain level on points with fourth-placed Chelsea and we sit outside the top four on goal difference only so Unai Emery will be keen to maintain the pressure on our rivals with another win on the south coast tomorrow.

However, we’ll face a Southampton side that are desperate for points as they sit 19th – level on points with bottom of the table Fulham – so new boss Ralph Hasenhuttl will be hoping to pick up a positive result in his first home game since being installed as manager.

Arsenal have been boosted with the news that Aaron Ramsey is expected to be fit for the game after recovering from an ankle injury while Mesut Ozil is also back in contention after overcoming a back problem that’s kept him out for almost a month.

However, Sokratis and Shkodran Mustafi are both ruled out due to suspension after picking up their fifth bookings of the season while Rob Holding has joined Danny Welbeck on the sidelines with a serious knee injury.

Laurent Koscielny made his first appearance of the season with a run out on Thursday night and he should be fit to start at the back alongside Nacho Monreal and Stephen Lichtsteiner.

Southampton have been boosted by the return to fitness of Danny Ings, Shane Long and Cedric Soares but Ryan Bertrand and Jack Stephens are out through injury. 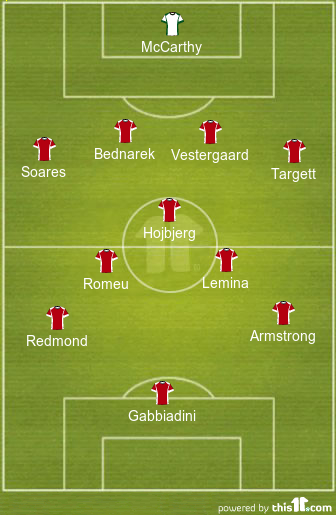 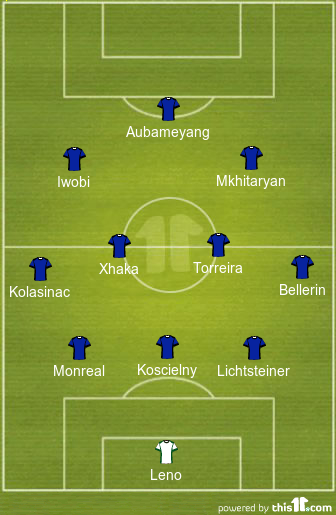 Southampton 1-2 Arsenal: We have an excellent record against Southampton having lost just two of our last 17 meetings and the Saints haven’t won a single league game since September. The Arsenal team should be fresh after the majority of our big guns were rested in midweek so long as our make-shift defence holds-up, I think we can edge it 2-1.