The January transfer window is in full swing and managers are working hard on strengthening their squads and identifying targets for the summer so we’ll keep you up-to-date with the latest rumours. Today, Man Utd and Tottenham are linked with Jack Clarke…. 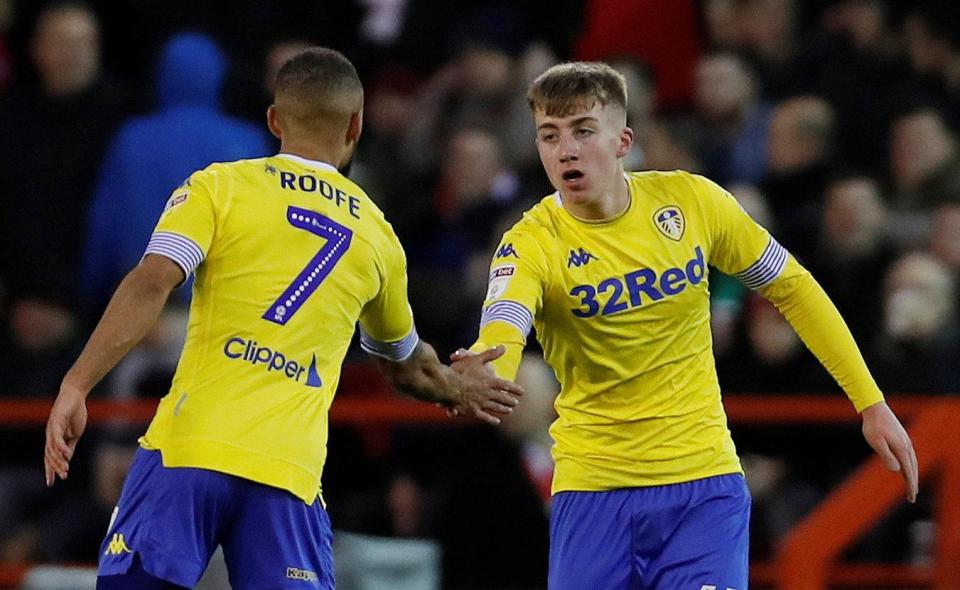 Manchester United and Tottenham want to sign Leeds United’s £12m-rated winger Jack Clarke but they may have to wait until the summer to prise him away from Elland Road, according to The Sun.

Clarke is a product of the Leeds United youth academy having joined his boyhood club as a child and he progressed through the ranks before breaking in to the first team set-up in 2018 after impressing with the U23s.

The 18-year-old has forced his way in to Marcelo Bielsa’s first team plans in recent months with the teenager featuring in each of Leeds’ last ten Championship games – providing 2 goals and 2 assists in those appearances.

His huge potential has caught the eye of clubs in the upper echelons of the Premier League as The Sun claims that Manchester United and Tottenham are showing a keen interest in signing Clarke this month.

The newspaper says Manchester City, Southampton and Crystal Palace are also in the running to snap-up the talented winger and Leeds could bank around £12m if they decide to cash-in during the closing stages of the winter window.

It would be extremely difficult for Clarke to resist if the likes of Man Utd and Tottenham formalise their interest with firm offers as they are two of the biggest clubs, not just in England, but in Europe.

However, The Sun says Clarke could stun United and Spurs by opting to remain at Elland Road until at least the summer as his family are all huge Leeds fans and he wants to help his boyhood club return to the Premier League.

Leeds currently sit top of the Championship table so they have a great chance to seal promotion back to the to flight and Clarke could play a key role in helping them achieve that dream during the second half of the season.

If he were to join the likes of Man Utd or Tottenham, the teenager knows he would struggle to play any first team football and he’d be resigned to playing in the U23s, so it looks like Clarke may be ready to hold fire on securing a big-money move for the time being.