Arsenal and Chelsea have discovered their fate after the draw for the quarter-finals of the Europa League was conducted today. See details here

Arsenal and Chelsea have discovered their fate after the draw for the quarter-finals of the Europa League was conducted today.

Arsenal made life difficult for themselves in the round of last-16 as they had to recover from a 3-1 first leg defeat to beat Rennes 4-3 on aggregate. Pierre-Emerick Aubameyang scored twice in a 3-0 second leg victory at the Emirates to book Arsenal’s name in the hat.

Unai Emery’s men have now been handed an extremely difficult task as they’ve been pitted against Napoli in the quarter finals. The Italians beat Red Bull Salzburg in the last-16 and they’ll be tough opposition for Arsenal.

The first leg will be played at the Emirates Stadium on April 11th before the second leg at the San Paolo Stadium the following week.

Chelsea had a much more straightforward route to the last-8 as they followed up a 3-0 first leg win with a resounding 5-0 victory in the Ukraine on Thursday evening with Olivier Giroud scoring a hat-trick to help seal an 8-0 aggregate win over Dynamo Kyiv.

Maurizio Sarri’s side have now been handed a favourable quarter final draw as they’ll take on Slavia Prague in the last-8 after they edged past Sevilla in the previous round.

The path to the final has also been finalised and an all-Premier League final is still on the cards. Arsenal or Napoli will play the winner of Villarreal or Valencia in the semi-finals while Chelsea or Prague will take on Benfica or Eintracht Frankfurt.

Chelsea will be extremely confident of getting past Slavia Prague but Arsenal face a tough two-legged tie against Napoli if they’re to keep their Europa League dream alive. 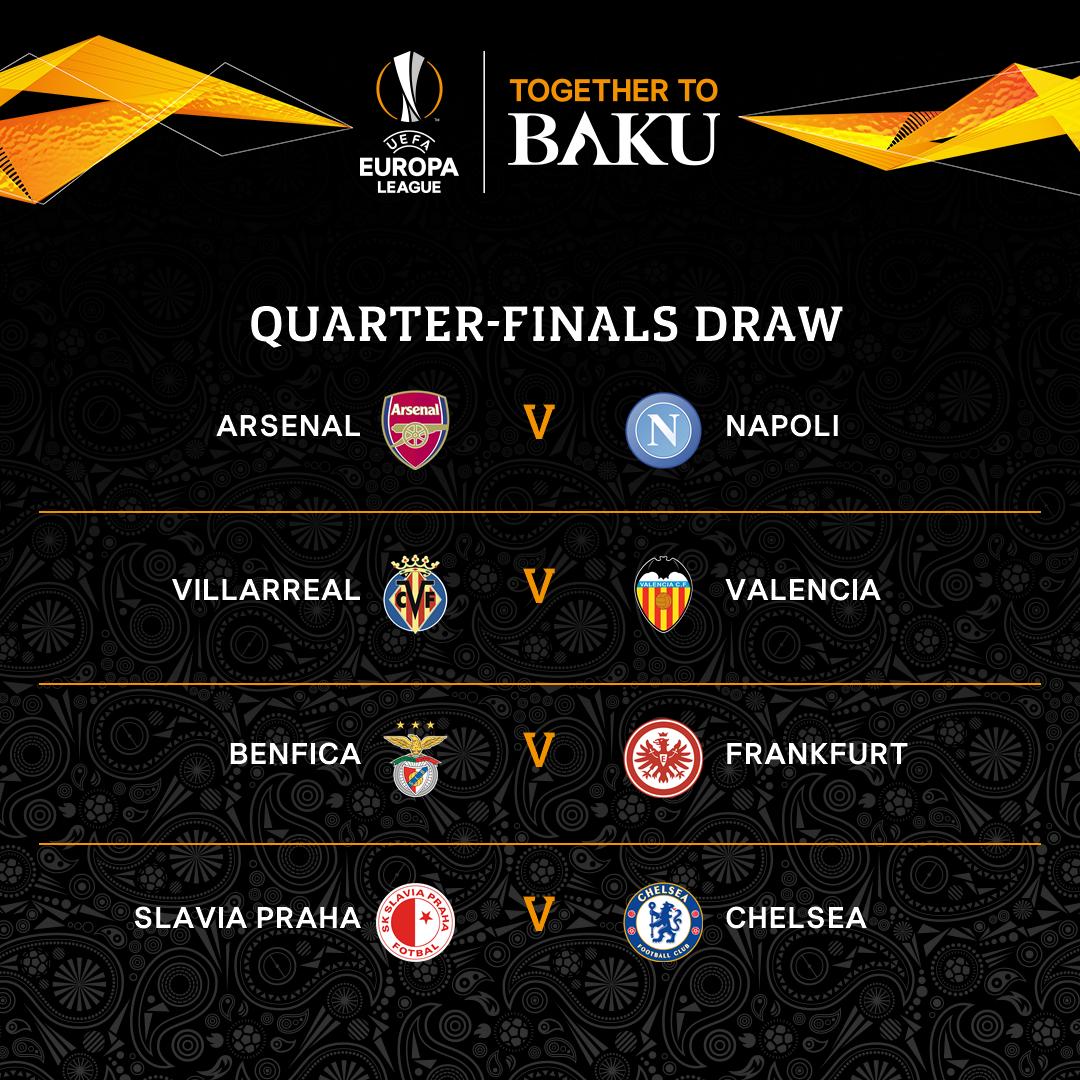