Managers are working hard trying to strengthen their squads during the summer transfer window so we’ll bring you all the latest news and gossip from around the globe. Here, Giovani Lo Celso looks set to join Tottenham… 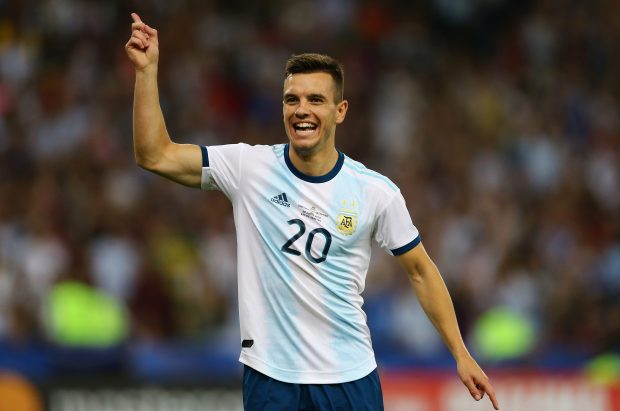 Mauricio Pochettino is set to finally get his hands on Giovani Lo Celso with the midfielder ready to snub interest from Manchester United in favour of joining Tottenham, according to reports today.

Lo Celso is one of the hottest talents in European football after enjoying a superb campaign with Real Betis last season that saw him contribute 16 goals and 6 assists to help the club finishing 10th in the La Liga table.

The 23-year-old joined Betis on an initial 12-month loan deal from Paris Saint-Germain last summer but his immediate impact led to the Spaniard’s activating a £20m option to buy clause in his contract back in April.

However, Betis are facing a battle to keep hold of Lo Celso beyond the summer as the Mirror claims Tottenham are ready to break their transfer record for a second time in a matter of weeks after identifying the midfielder as a prime target.

The Sun claims Lo Celso has snubbed interest from Manchester United after making it clear his preference is to link-up with compatriot Pochettino in north London and play Champions League football next season.

The newspaper suggests that Tottenham are reluctant to pay anywhere near £60m for Lo Celso, however, the Mirror has a different take on things as they claim Spurs will break the bank to sign the £70m-rated South American.

Tottenham splashed out £65m on former Lyon midfielder Tanguy Ndombele earlier in the summer and the Mirror suggests they are ready to break that club transfer record yet again to land Lo Celso.

The report says Real Betis are on the verge of signing Nabil Fekir from Lyon for £22m which has paved the way for Lo Celso to join Tottenham if a deal can be agreed between the two clubs.

We’ll have to wait and see how things progress but the 19-cap Argentinean international would be an excellent signing for Spurs if they can pull it off. Although it would be a blow for United to miss out as Ole Gunnar Solskjaer is keen to strengthen his midfield options this summer.