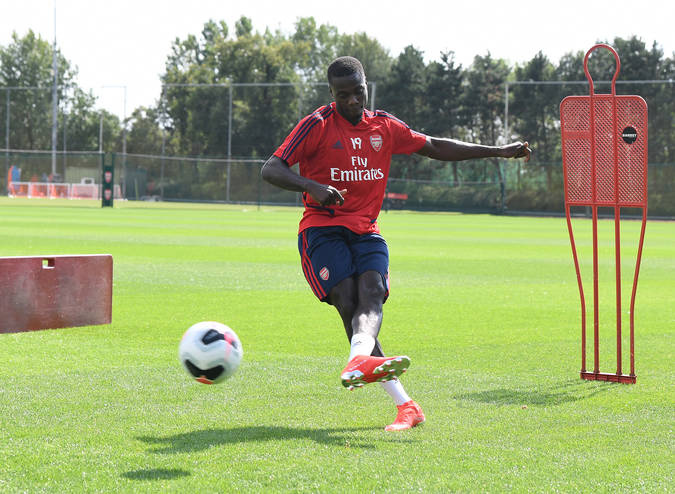 The 24-year-old has been one of the hottest players of the summer transfer window with a whole host of top European clubs chasing his signature following his exploits for Lille last season.

Pepe contributed 22 goals and 12 assists for the Ligue 1 outfit to catch the attention of several clubs but Arsenal emerged as the front-runners and the BBC reported earlier this week that we’d agreed a £72m deal for his services.

After completing his medical and agreeing personal terms, Pepe was finally unveiled as Arsenal’s club record signing late this afternoon with an announcement on Arsenal.com confirming he’d joined the club on a long-term contract.

Pepe has already taken part in his first training session at London Colney with the attacker doing some gym work and individual training drills away from the rest of the first team squad this afternoon.

I assume the Ivory Coast international will join-in with his new team-mates tomorrow and he could even be part of the squad that takes on Barcelona in our final pre-season game on Sunday night.

I’m hugely excited by the arrival of Pepe as I think he’s got the potential to be a massively important player for us. He’s predominantly a right winger but he can play anywhere across the front three so he’ll give Unai Emery plenty of options.

Pepe has become our fourth signing of the summer but the club are still pursuing Kieran Tierney and another centre-back so we could have more new signings through the door before the window closes on August 8th. 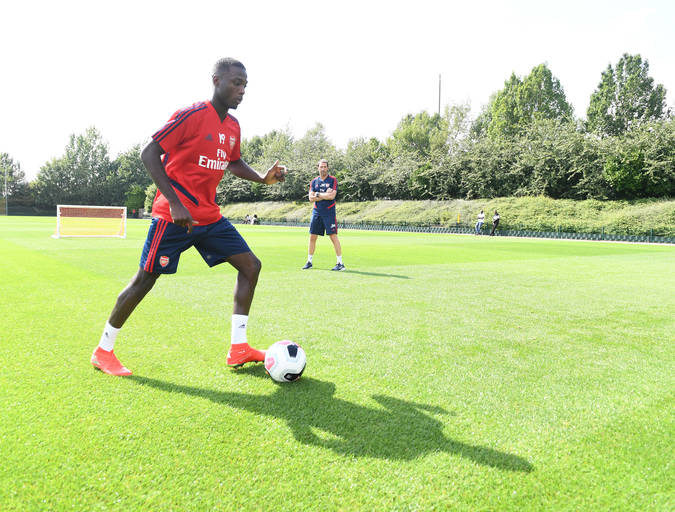 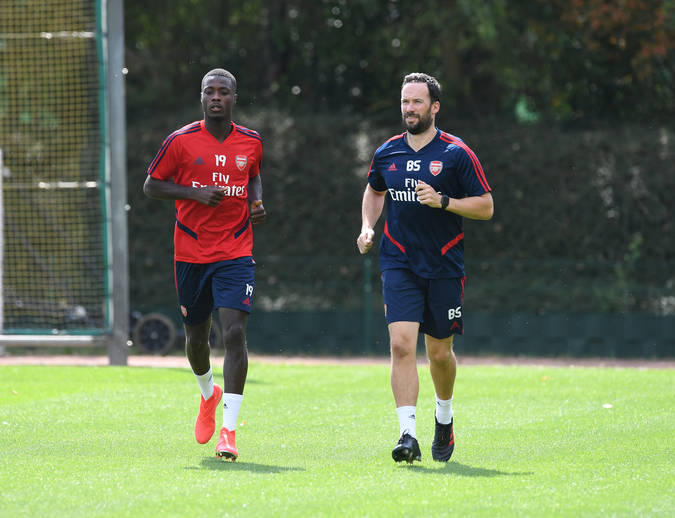