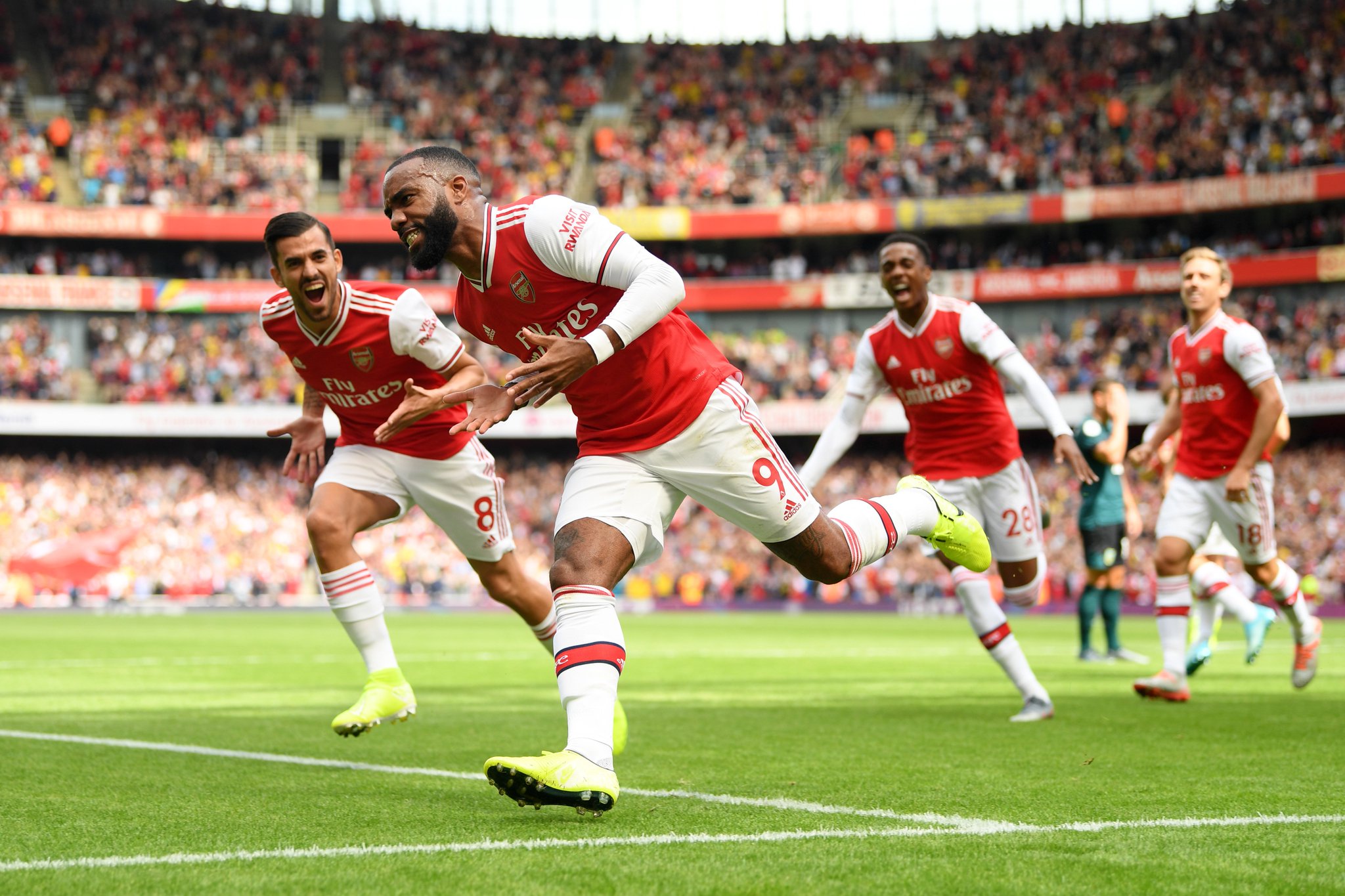 Arsenal made it back-to-back wins at the start of the new Premier League season with a hard fought 2-1 victory over Burnley at the Emirates Stadium this afternoon.

Arsenal played some great football early on and broke the deadlock in the 13th minute when Alexandre Lacazette did superbly well to hold off Erik Pieters and fire low into the net for 1-0.

Matteo Guendouzi went close to doubling Arsenal’s lead when his effort was saved by the legs of Nick Pope and Burnley went straight up the other end to grab themselves an equaliser.

A Dwight McNeil effort from outside the area deflected off Sokratis and fell straight to the unmarked Ashley Barnes who poked home to make it 1-1 in the 43rd minute.

Arsenal thought they had retaken the lead on the stroke of half-time when Reiss Nelson fired into the top corner from 12 yards but VAR confirmed Nacho Monreal was offside in the build-up.

However, we did get a second goal midway through the second half when Pierre-Emerick Aubameyang fired home from 18 yards after the superb Dani Ceballos had won back possession deep in the Burnley half.

We had chances to put the game to bed with Lucas Torreira drawing a great save from Pope while Aubameyang and Nicolas Pepe should have done better on a two-v-one break but Arsenal held on to secure an important win.