This is our match preview ahead of Chelsea’s Premier League clash with Sheffield United at Stamford Bridge on Saturday afternoon.

Chelsea will be looking to build on their win at Norwich when they take on Sheffield United at Stamford Bridge on Saturday afternoon.

The Blues endured a disappointing start to the new Premier League season having followed up their 4-0 defeat to Manchester United at Old Trafford with a 1-1 draw at home to Leicester City.

However, Frank Lampard got his first win as manager under his belt after securing a 3-2 victory over Norwich City last weekend so Chelsea will be keen to build some momentum with another three points tomorrow.

The London giants will welcome newly-promoted Sheffield United to the capital and manager Chris Wilder will be pleased with the start they’ve made back in the top flight having picked up four points from their opening three games.

The Blades drew at Bournemouth before beating Crystal Palace and while they lost 2-1 at home to Leicester City last weekend, they bounced back with a 2-1 win over Blackburn in the League Cup on Tuesday night.

Chelsea have been dealt a major blow with the news that N’Golo Kante will miss the game after failing to recover from an ankle injury that kept him out of the win at Norwich last time out.

Pedro is also still on the sidelines with a thigh injury but Mason Mount has shrugged off a minor knock and he should retain his place while Tammy Abraham should lead the line after scoring a brace last weekend.

Antonio Rudiger won’t feature tomorrow as he continues to build on his match fitness with the U23s while Ruben Loftus-Cheek and Callum Hudson-Odoi remain on the sidelines.

Sheffield United’s record signing Oli McBurnie is pushing to make his first start for the club but John Fleck should return from a knock. Boss Wilder is set to make plenty of changes after fielding a weakened side in the League Cup in midweek. 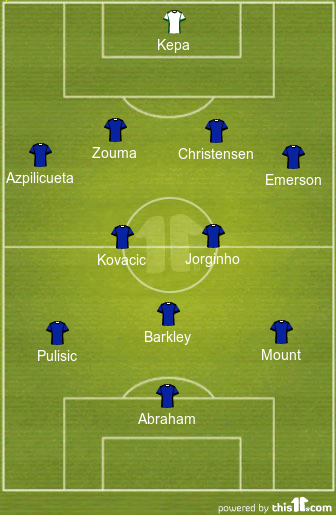 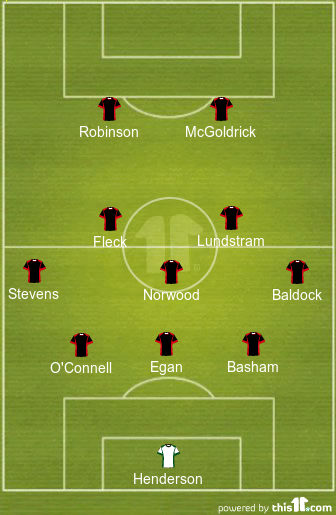 Chelsea 2-0 Sheffield United: This will be the first Premier League meeting between the two sides since 2007 and Sheffield United haven’t won at Stamford Bridge since 1992. Lampard will have been relieved to get the win at Norwich to get Chelsea’s campaign up and running and Abraham will be confident after his brace at Carrow Road. The Blades have made a solid start following their promotion but I think Chelsea will prove too strong tomorrow.