Liverpool moved five points clear at the top of the Premier League table with a hard fought 2-1 win over Chelsea at Stamford Bridge this afternoon. 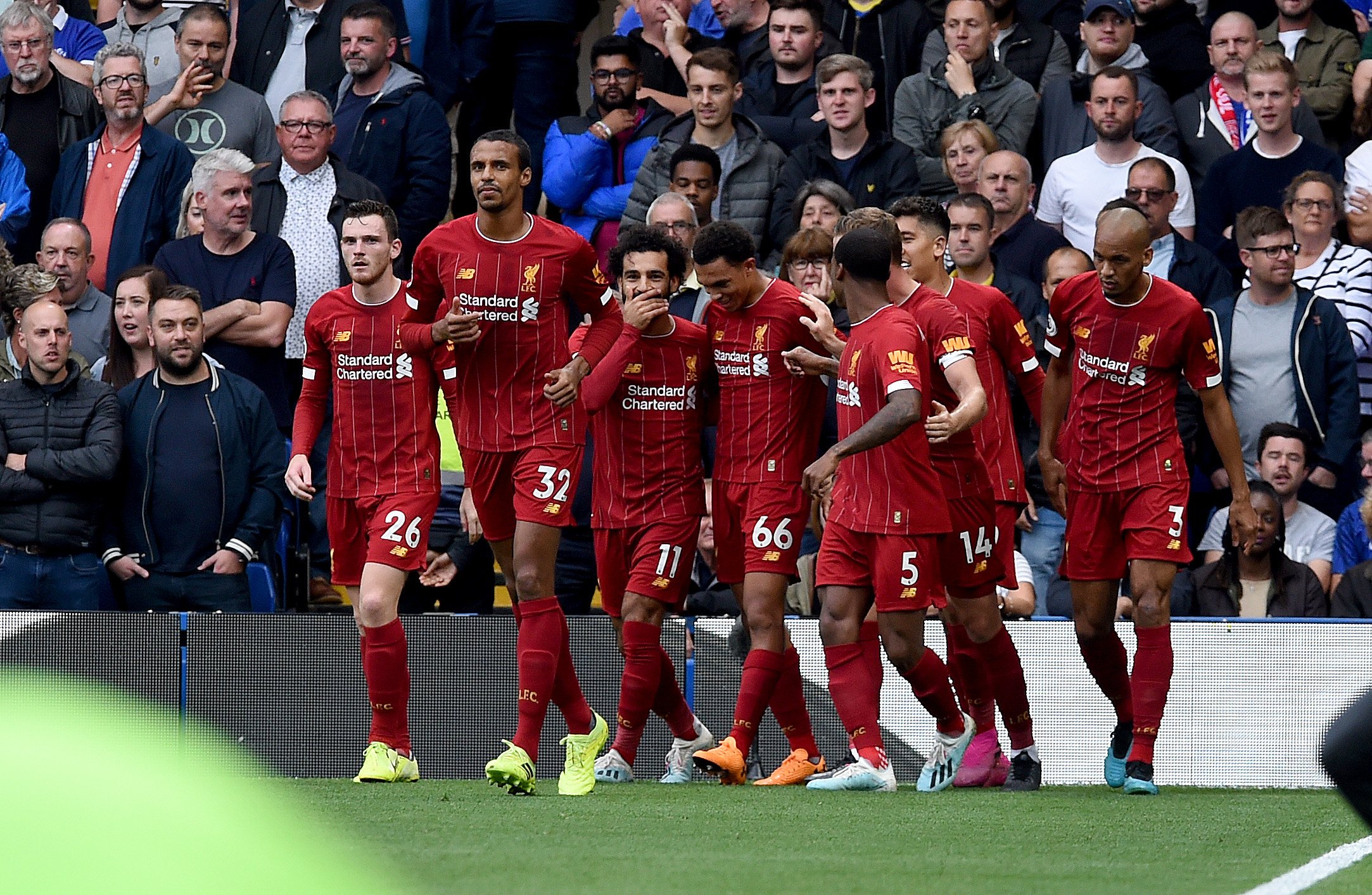 Liverpool moved five points clear at the top of the Premier League table with a hard fought 2-1 win over Chelsea at Stamford Bridge this afternoon.

Liverpool opened the scoring in the 14th minute when Trent Alexander-Arnold slammed home a superb strike into the top corner after being teed-up by Mohamed Salah from a free-kick on the edge of the area.

Tammy Abraham missed a huge chance to equalise for the hosts after the England U21 international saw his effort saved by Liverpool goalkeeper Adrian while through one-v-one.

Azpilicueta thought he’d equalised for Chelsea midway through the first half but the celebrations were cut short as the VAR ruled the goal out for offside as Mason Mount was adjudged to have been wrong side during the build-up.

Soon it was a double blow for Chelsea as Liverpool made it 2-0 just a couple of minutes later when Roberto Firmino headed home from an Andy Robertson delivery after being left unmarked right in front of goal.

Chelsea pulled one back in the 71st minute when N’Golo Kante curled home a superb effort from the edge of the area to make it 1-2 and they squandered a couple of decent chances to equalise.

However, Liverpool held on to secure a 2-1 win and extend their winning run in the Premier League to six games – which sees them restore a five-point lead over Man City at the top of the table.