Jurgen Klopp is facing a double injury blow as Mohamed Salah and Andy Robertson are doubts for Liverpool’s trip to Crystal Palace next weekend.

Jurgen Klopp is facing a double injury blow as Mohamed Salah and Andy Robertson are doubts for Liverpool’s trip to Crystal Palace after the international break, according to the Liverpool Echo.

Salah has been carrying an ankle injury since limping off during the closing stages of Liverpool’s 2-1 victory over Leicester City over a month ago after being on the wrong end of a nasty challenge from Hamza Choudhury.

The Egyptian international was forced to miss the subsequent 1-1 draw with Manchester United but it appeared he had overcome the issue after starting during wins over Genk and Tottenham at the end of October.

However, Salah failed to complete the full ninety minutes against Aston Villa on November 2nd and further aggravated the ankle injury following a poor tackle from Fernandinho during Liverpool’s 3-1 victory over Manchester City on Sunday afternoon.

The 27-year-old has now been ruled out of Egypt’s African Cup of Nations qualifies against Kenya and Comoros during the international break after undergoing a scan and he’s been photographed wearing a protective boot.

Salah is now expected to head back to Merseyside to be fully assessed by Liverpool’s medical team but he Liverpool Echo says the attacker is considered as a doubt for their Premier League trip to Palace on November 23rd. 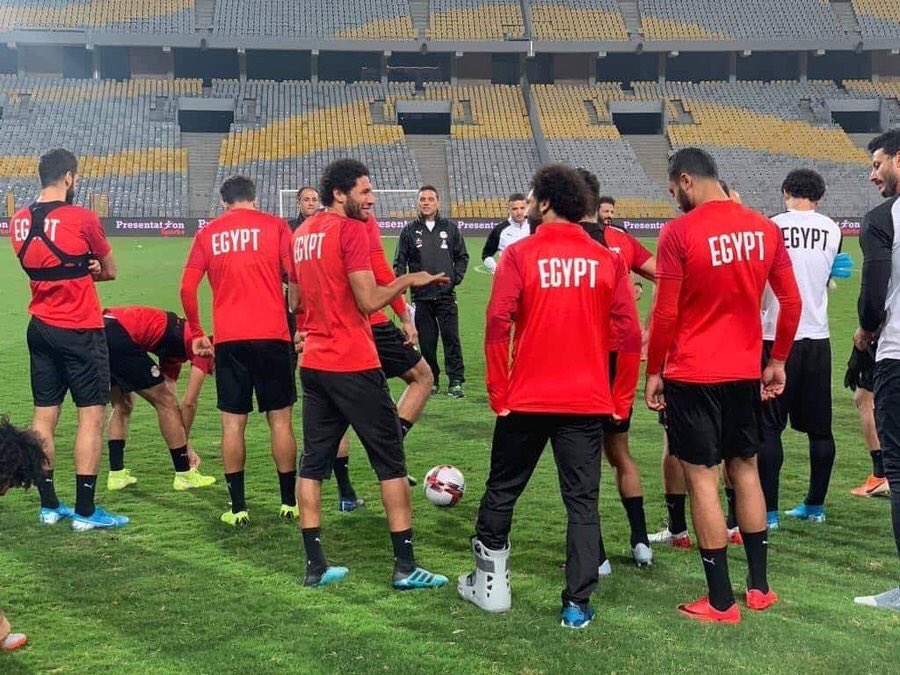 In a double blow for Liverpool, the report says Robertson is also struggling to be fit for the trip to Selhurst Park following the international break after suffering his own ankle injury at the weekend.

Robertson linked up with Scotland on Monday following the City game but has now been ruled out of their Euro 2020 qualifiers against Kazakhstan and Cyprus after being forced to withdraw from the squad.

The left-back will head back to Merseyside to be further assessed and a full diagnosis will be determined once the swelling goes down but the Liverpool Echo says Robertson is a doubt for the Palace game.

The news will come as a major concern for Jurgen Klopp as he faces being without two of his most influential players for a tricky trip to Selhurst Park as Liverpool look to extend their unbeaten start to the season in the league.

The Reds sit eight points clear at the top of the Premier League table following the win over City so Klopp will be praying Salah and Robertson make swift recoveries as Liverpool to maintain their title charge.