The January transfer window is in full swing so we’ll bring you all the latest news and gossip from around the globe. Today, Arsenal are set to sign Layvin Kurzawa in June…

Arsenal have agreed terms to sign Layvin Kurzawa on a free transfer when his contract with Paris Saint-Germain expires at the end of the season, according to reports in France via the Daily Mail.

Mikel Arteta needs to overhaul the squad he inherited from Unai Emery following a disastrous season that looks destined to see us miss out on the top four and defence is a particular area of concern as we’ve struggled at the back once again this campaign.

Several defenders have spent large spells on the sidelines through injury and we’re currently down to the bare bones at left-back with Kieran Tierney out following shoulder surgery while Sead Kolasinac has been ruled out until February with a thigh issue.

The Bosnian international has been tipped for a move away from the Emirates this summer so Arsenal are in need of a new left-back and Kurzawa has been strongly linked with a move to north London recently.

RMC Sport journalist Mohamed Bouhafsi claimed last week that Arsenal had held talks with the French defender with a view to signing him when his contract at PSG expires at the end of the season.

There were rumours we may accelerate those plans to try and land Kurzawa this month due to our current injury problems but Bukayo Saka has done a fine job filling-in so it appears Arsenal are happy to wait until the summer. 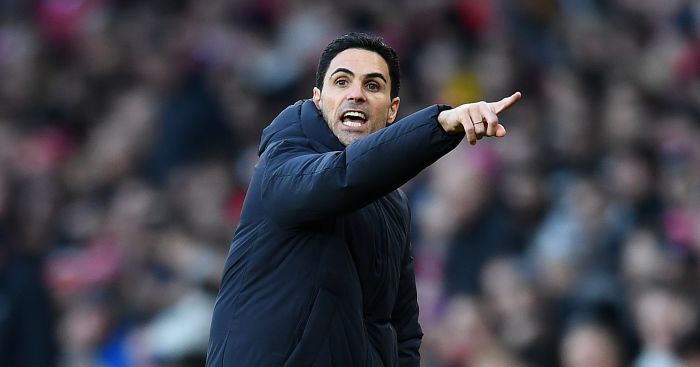 It looks like we’re on the verge of wrapping-up a deal as the Daily Mail are citing a report from France Football that claims Arsenal are in advanced negotiations and have now agreed terms with Kurzawa over a five-year contract.

The French publication says all that remains is for a signing bonus to be agreed before the deal is finalised but they claim Kurzawa will join Arsenal on a free transfer this summer after he turned down a rival offer from Inter Milan.

The 27-year-old joined PSG in a £22m deal from Monaco in 2015 having earned a reputation as one of the best full-backs in French football and he’s won 3 Ligue 1 titles and 8 domestic cups during his time at the Parc des Princes.

However, Kurzawa has fallen out of favour under Thomas Tuchel having started just 6 league games this season so the French international is looking for a fresh start and it appears he’ll be on his way to Arsenal in June.