Arsenal, Manchester United and Tottenham are battling clubs from Germany over the signing of £25m-rated Juventus midfielder Emre Can

The January transfer window is in full swing so we’ll bring you all the latest news and gossip from around the globe. Today, Arsenal, Man Utd and Tottenham are all linked with Emer Can… 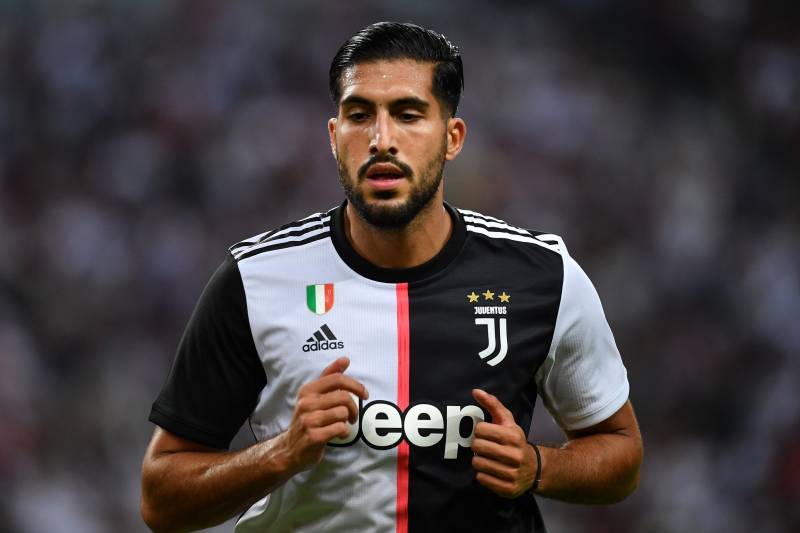 Arsenal, Manchester United and Tottenham are battling clubs from Germany over the signing of £25m-rated Juventus midfielder Emre Can, according to reports in Germany via the Daily Mail.

Can spent four years in the Premier League with Liverpool where he made over 100 appearances before making a free transfer move to Juve in 2018 having failed to agree terms over a new contract at Anfield.

The German international’s time in Serie A has been difficult as he’s fallen out of favour under Maurizio Sarri and he’s been told he’s free to find a new club this month after starting just two matches in all competitions this season.

Borussia Dortmund have been strongly linked with a move for Can in recent weeks but the Daily Mail are citing a report from Bild that claims Arsenal, Man Utd, Tottenham and Bayern Munich are also battling to sign the midfielder this month.

The report – which is published in the print version of the German newspaper – says Juventus are ready to cash-in at around £25m but Can’s £260,000-a-week wages may be a problem for potential suitors.

Bild says that Dortmund remain in prime position and are willing to offer Can a deal worth £160,000 per week but it looks like they could yet face stiff competition from English clubs during the final week of the January transfer window.

Arsenal boss Mikel Arteta is in desperate need of reinforcements following a disastrous campaign and Can could be viewed as a potential replacement for Dani Ceballos – who’s reportedly looking to end his loan spell early.

Man Utd are also in the market a midfielder with Paul Pogba and Scott McTominay both on the sidelines with serious injuries and it appears Ole Gunnar Solskjaer is eyeing a move to take Can to Old Trafford.

However, Tottenham are reportedly also in the running to sign the German international as Jose Mourinho looks to replace Christian Eriksen – who’s on the verge of joining Inter Milan – so there could be a three-way tussle to try and lure Can back to the Premier League.

His time in Italy hasn’t gone according to plan but Can showed at Liverpool that he’s a big talent so he could be a shrewd piece of business if Arsenal, United or Spurs could win the race for his signature.