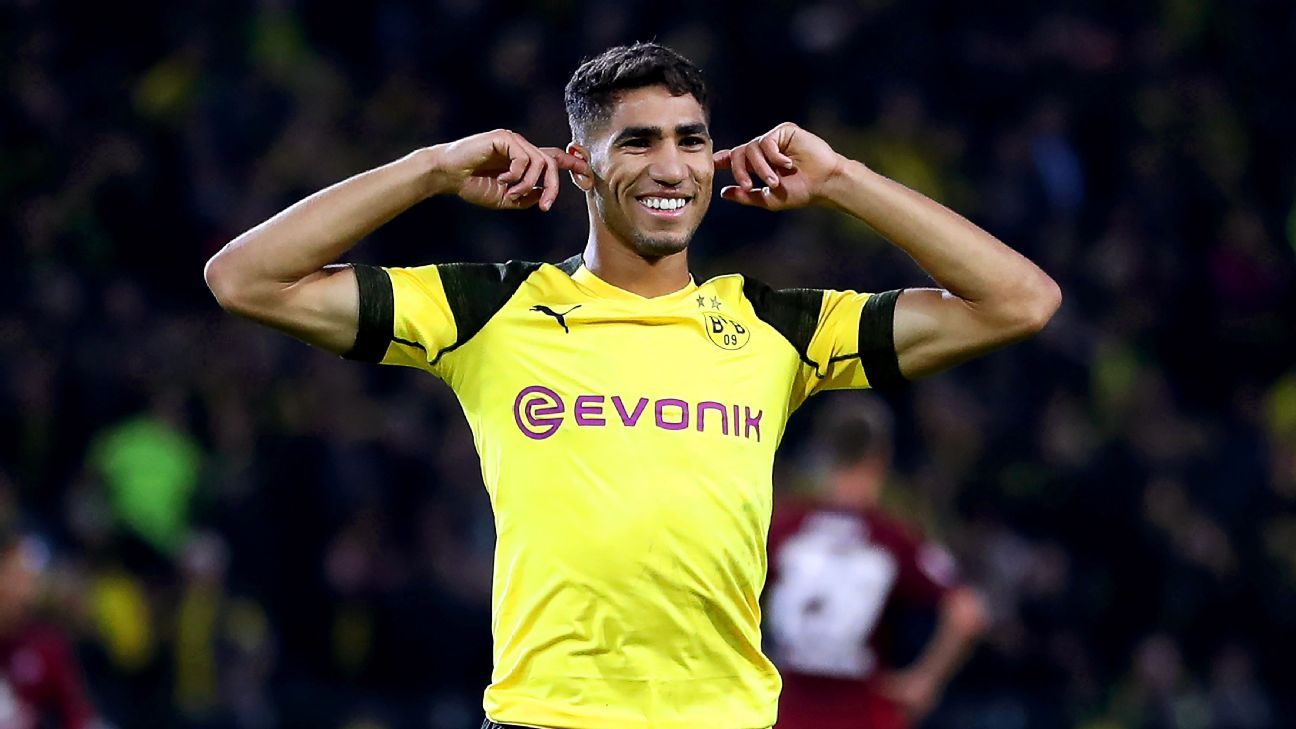 Arsenal and Tottenham are ready to battle it out with a number of top European clubs over the signing of on-loan Real Madrid defender Achraf Hakimi this summer, according to the Daily Mail.

Hakimi is a product of the Madrid youth system after joining the La Liga giants aged just 8 years old but he joined Borussia Dortmund on a two-year loan deal in 2018 after making just 17 first team appearances at the Bernabeu.

The Moroccan international has developed into one of the most exciting full-backs in world football during his time in the Bundesliga as he’s provided 10 goals and 17 assists in 65 games in all competitions for Dortmund.

Real Madrid are keen to keep hold of Hakimi when he returns from his loan spell and boss Zinedine Zidane is due to hold talks with the player about his future at the end of the season. However, Spanish newspaper Mundo Deportivo claims the defender will make it clear he will seek a move away from Madrid if he’ll be considered nothing more than a back-up to Dani Carvajal at right-back.

Borussia Dortmund are understandably hoping to make the loan move permanent but the Daily Mail claims that Arsenal, Chelsea and Tottenham are all keen on signing Hakimi if he looks to leave Madrid this summer.

However, the London trio will face further competition as the newspaper report says the likes of Paris Saint-Germain, Juventus and Bayern Munich are also hot on his trail so Hakimi could be one of the most sought-after players in Europe during the upcoming window.

Arsenal boss Mikel Arteta is expected to be busy in the transfer market this summer and he may be eyeing Hakimi as a replacement for Hector Bellerin – who’s suffered a number of serious injury problems in recent seasons.

Tottenham boss Jose Mourinho desperately needs a reliable right-back as Serge Aurier has proven to be a liability at times since arriving from Paris Saint-Germain in 2017 and Hakimi is seemingly on his radar.

Hakimi would be a superb signing for Arsenal or Tottenham if either of the Premier League clubs could lure him to north London but it looks as though competition will be fierce for the 21-year-old’s signature.