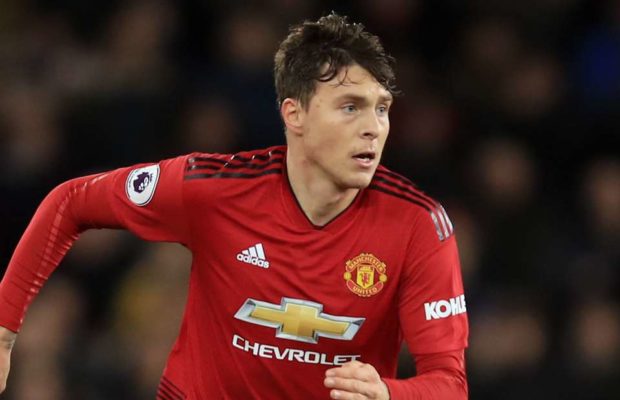 Manchester United will be looking to boost their top four hopes with a win over Sheffield United at Old Trafford on Wednesday evening.

The Red Devils got back to Premier League action with a hard fought 1-1 draw at Tottenham Hotspur on Friday night and they’ll now play their first home match since football was suspended three months ago.

Ahead of the game, United boss Ole Gunnar Solskjaer has been speaking to the media via a Zoom conference call this morning and he’s provided a brief update on the fitness of his squad.

According to ManUtd.com, Solskjaer told reporters today that all his players came through the Tottenham game unscathed, which means there is positive news surrounding the fitness of Victor Lindelof.

The Swedish centre-back was forced off during the second half against Spurs after picking up a knock and was initially a doubt for the visit of Sheffield United. However, Solskjaer’s update today suggests the injury wasn’t serious and Lindelof is available for selection tomorrow.

Phil Jones missed the trip to north London last week due to a muscle injury and the defender is expected to remain on the sidelines against Sheffield United while Axel Tuanzebe is also carrying a knock.

Otherwise, Solskjaer has a fully-fit squad to choose from tomorrow evening after Marcus Rashford and Paul Pogba came through their comebacks against Spurs without issue.

Rashford started the game after recovering from a back injury while Pogba made a huge impression off the bench and the Frenchman is now expected to be recalled to the starting eleven against the Blades.

Pogba has endured a frustrating season that’s been hampered by a niggling foot injury but he’s now back to full fitness and could play a key role in Man Utd’s push to qualify for the Champions League next season.

The draw at Tottenham has left United sitting five points behind fourth-placed Chelsea so the Red Devils need a win over Sheffield United to keep the pressure on the Blues ahead of their clash with Man City on Thursday.