Tragedies, layoffs, and bankruptcy: Leeds United’s thorny path back to the Premier League 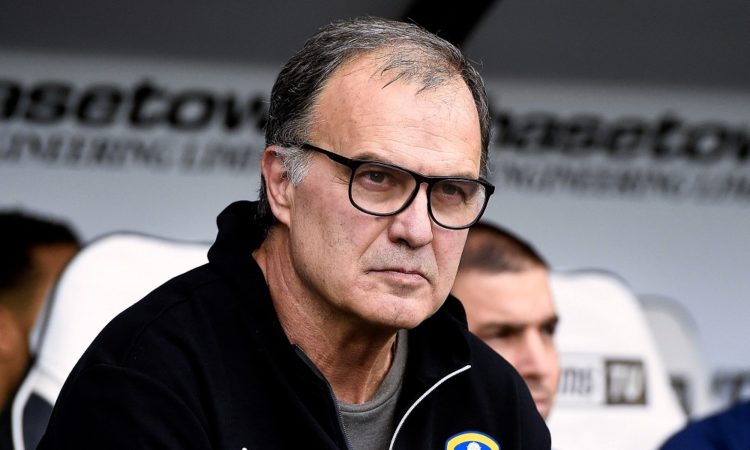 It is difficult to believe that Leeds United have spent 16 years outside the Premier League. This club, whose ambitions had no limit, again and again, aspired to achieve but endured one disappointment after another. But finally, they can begin to dream again as Marcelo Bielsa’s team return to the elite.

Leeds United were ambitious in the early 2000’s. Having made it to the Champions League, the club began to spend so much that in the end, they were on the brink of administration. By 2004, when Leeds were relegated from the Premier League, they were forced to sell their star players. Rio Ferdinand, Jonathan Woodgate, Mark Viduka, and James Milner went to the rival clubs. The team was slowly demolishing.

In the first season following relegation, coach Kevin Blackwell led Leeds to the play-off final in 2006. If Leeds had won that match, things would have been very different but, alas, a 3-0 defeat to Watford consigned the White’s to another season in the Championship and a few months later Blackwell was sacked.

Age of League One

The unlucky club’s misadventures did not end there: after the shenanigans that put the club back in Ken Bates’s hands, the Football League awarded a 15-point penalty and Leeds were relegated to League One. Never before had the fan-base been so cohesive. Everyone was sure that the world had turned against them and Leeds were determined to fight back.

In 2010, they returned to the Championship, breaking their own points record. However, it was not easy: towards the end of the season, their form began to drop and they eventually had to settle for second place in the table. But it was still a positive campaign as loyal fans began to hope that Leeds could get back where they belong; in the Premier League. Even the gambling industry started to take notice of Leeds again as bookmakers began running promotions to bet on when Leeds would return to the top flight. Bettors were keen to grab a casino deposit bonus and place their bet that Leeds United would soon be back in the big time. However, not many would have guessed it would take 10 long years.

Key striker Jermaine Beckford left for Everton, which was a huge blow to the club. Beckford had scored 71 goals in 126 games so it wasn’t easy to replace that kind of goal threat.

However, manager Simon Grayson continued to move in the club in the right direction – even without Beckford. The team itself was stronger, and the midfield wa fuelled by Neil Kilkenny and Bradley Johnson. Robert Snodgrass, Johnny Howson, Max Gradel, and Luciano Becchio were in the attack. The talented Kasper Schmeichel gained experience in goal. Six of them eventually played in the Premier League, but unfortunately not with Leeds.

Grayson eventually left and in February 2012, Neil Warnock became the new coach. The choice was controversial – Warnock was a well-known Sheffield United fan and wasn’t known for his stylish football. However, his reign didn’t last long and things went from bad to worse for Leeds.

The more time the team spent in mid-table, the more the management feared relegation. As a result, the club was sold to GFH Capital in November 2012. This led to a major reshuffle in the leadership and another period of stagnation. Just 13 days after taking over, new owner Massimo Cellino sacked boss Brian McDermott – and it was not the Italian’s last such surprise decision.

It was the beginning of the storm. Cellino was a bright, explosive, and controversial person. His first appointment was Dave Hockaday, the former Forest Green Rovers coach who impressed the Italian during the interview. He was a non-obvious and strange choice and, having signed in June, he was sacked on 24 August after losing to Bradford.

The crisis did not end there: the new coach Darko Milanic lasted a month – he was replaced by acting Neil Redfearn. But in his time, it was the departure, not the promotion, that seemed the most likely development. And when the Football League unearthed documents revealing details of how Cellino evaded taxes in Italy, the owner was banned and Leeds were hit with a transfer embargo.

All this greatly distracted Redfearn from the affairs on the football field. He managed to save the team from relegation, but his relationship with Cellino was constantly deteriorating, and in the summer of 2015 he was replaced by Uwe Rosler. The German also did not stay at the club long and was replaced by Steve Evans.

These years were the most difficult for Leeds. The club was in a state of chaos. In July 2016, there was a traditional change of coach, and Garry Monk – a promising young coach who has already shown himself well at Swansea – was  hired. Monk initially did well as Leeds pushed the likes of Newcastle at the top of the table but in the background there was more upheaval as Cellino sold 50% of the club to Andrea Radrizzani, and the team fell apart during the closing stages of the season.

In the summer of 2017, Radrizzani took over the club. Hardly a perfect owner, he was at least ambitious, brave, and, as surprising as it may sound, truthful – the promises he made, he backed up. His first season was unsuccessful. The first coach he chose, Thomas Christiansen, did not last more than a couple of months. He was replaced by Paul Heckingbottom.

But Radrizzani wasn’t worried. He already had a five-year plan to return to the Premier League and, in light of events, decided to remake it into a three-year plan. He invested heavily in Leeds and in June 2018 did the impossible, luring eminent coach Marcelo Bielsa to Elland Road.

It was a risk, but the risk paid off. Yes, they fell just short of promotion in his first season and that would have cost them a lot of money. But the  fact is that Radrizzani built a strong team and bought back the stadium and the training base. The future with such an owner was promising.

Last season, the fans suffered again: Leeds were the best in the league for most of the campaign but eventually lost to Derby in the play-off semi-finals following a poor final few months. Not to be despondent, the latest set-back pushed Leeds further and they came back this season stronger, winning the Championship with a game to spare.

Now Leeds United are preparing to return to the Premier League after 16 long, tumultuous years. It’s a great achievement but we must not forget their history. The club has returned to where it belongs, but the way back to the top was thorny and full of set-backs and we cannot forget how much it has cost.