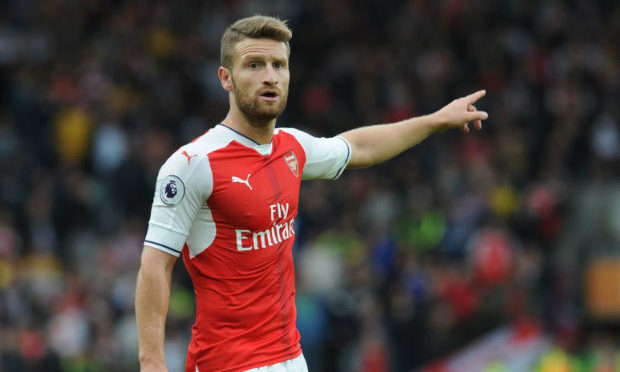 Arsenal have been dealt a blow as Mikel Arteta has confirmed that Shkodran Mustafi is expected to miss the FA Cup final against Chelsea next weekend.

Mustafi has endured a roller-coaster of a season as his Arsenal career looked all-but over after falling out of favour under former boss Unai Emery and he was heavily criticised for a number of basic errors earlier in the campaign.

However, the German defender has resurrected his career since Mikel Arteta arrived as Arsenal manager back in December as he’s become an integral part of the Spanish coaches starting eleven in recent months.

Mustafi had started nine of Arsenal’s 10 games prior to the Premier League defeat at Aston Villa on Tuesday night and had been enjoying a fine run of form on the right side of Arteta’s new-look back three.

However, the 28-year-old limped out of Arsenal’s FA Cup semi-final win over Manchester City last weekend after picking up a hamstring injury during the final stages of the game at Wembley.

Speaking to the media ahead of Arsenal’s final Premier League game of the season against Watford, Arteta confirmed that Mustafi is still being assessed to see how bad the injury is but he doesn’t expect the centre-back to be fit to face Chelsea in the FA Cup final on August 1.

The Gunners boss also refused to say whether Mesut Ozil and Matteo Guendouzi – who’ve both been frozen out of the Arsenal team despite being fit and healthy – would play for the club again this season.

on whether we’ll see Ozil or Guendouzi again this season…
The rest is true that Musti is injured and we need to assess a little bit how long he is out. The other two [Ozil and Guendouzi] are available.

on whether Mustafi will be fit for the FA Cup final…
I doubt it. I don’t know. We have to see how he evolves in the next few days. At the moment, I doubt it.

Mustafi will be a big miss for Arsenal if he is ruled out of the FA Cup final but his absence would open the door for Rob Holding to stake his claim as he’d be the man expected to fill-in on the right side of the back three.

Arsenal head into the Watford game on Sunday knowing they can’t finish higher than eighth in the table so they’ll have to beat Chelsea in the cup final to book their place in the Europa League next season.