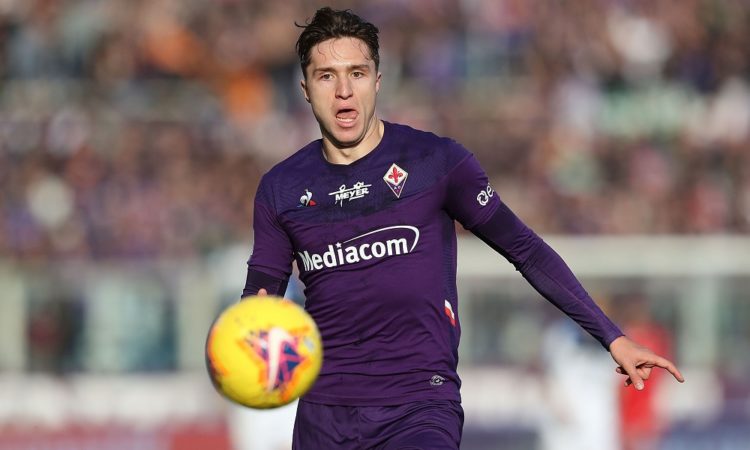 We’re approaching the final days of the transfer window so understandably there is plenty of transfer news circulating in the media. Today, Manchester United have made an offer to sign Federico Chiesa while N’Golo Kante would be keen on a switch to Old Trafford…

Ole Gunnar Solskjaer desperately wants to sign another winger before the window closes and, according to reports via the Daily Mail, Manchester United have made an approach to sign Chiesa on a season-long loan.

The newspaper cites The Telegraph as the source of the story and they claim that United made the enquiry after struggling to find a breakthrough in negotiations with Borussia Dortmund over a deal for Jadon Sancho.

However, it looks like Man Utd have been frustrated once again as the report says Fiorentina have already rejected the loan offer as Juventus are prepared to pay £45m to sign Chiesa on a permanent deal.

United are unlikely to match that offer so they may need to look elsewhere in their search for an attacker. Barcelona’s Ousmane Dembele has been strongly linked recently while Watford’s Ismaila Sarr has also been touted as a target.

However, I think Manchester United are still going to do all they can to land Sancho and will only formalise their interest in the likes of Dembele or Sarr if a deal cannot be done with Dortmund.

The Daily Star are now carrying a report suggesting that Kante would be open to joining United if he was to leave Stamford Bridge this summer but it remains to be seen whether Chelsea would be willing to do business with their rivals.

The Blues are being linked with a swoop for West Ham star Declan Rice so Frank Lampard may be ready to cash-in on Kante to help make room for the England international.

The Daily Star suggests that Kante would be willing to make a move to Old Trafford and the newspaper quotes journalist David Ornstein as saying a switch to United could be an option as he would want to remain in the Premier League.

However, The Athletic reporter also says he doesn’t expect Kante to leave Chelsea in the end as owner Roman Abramovich is a huge fan and doesn’t want to lose the French international.

We’ll have to wait and see how things develop but it looks like it’s going to be a busy few days at Manchester United as they look to strengthen their squad during the closing stages of the window.