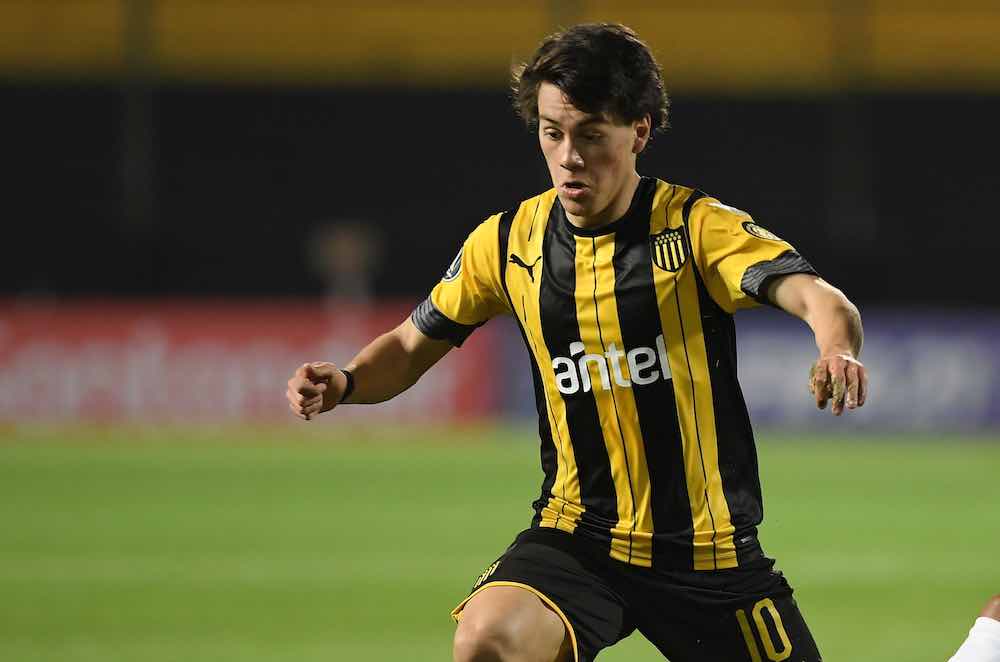 Ole Gunnar Solskjaer was desperate to sign an established right winger during the summer transfer market but United were frustrated in their pursuit of Jadon Sancho and failed to strike a deal with Barcelona for back-up target Ousmane Dembele.

However, Man Utd have been working hard to strengthen their pool of talented youngsters and they made their move for Pellistri on deadline day after monitoring his progress at Penarol in recent months.

There was plenty of speculation throughout Monday afternoon that the 18-year-old was heading to Old Trafford and United confirmed on ManUtd.com that a deal has been agreed with Penarol for his signature.

Pellistri has joined Manchester United on a five-year contract with the option to extend by a further year and the Daily Mail claims United have paid Penarol around £10m for the youngster.

After completing his move, Pellistri told the clubs website that it’s a ‘dream come true’ to join an historic club like Manchester United and he’s going to work hard to prove himself in the Premier League.

“To join a club with the history of Manchester United is a dream come true. I have learnt a lot at Penarol and I would like to thank them for everything they have done for me. To have the confidence of the manager is an amazing feeling and I know that working with him will be perfect for my development.

“I am coming into a squad full of great players who I will learn from every day. Everyone knows that Manchester United is a club that gives young players an opportunity and I am ready to work hard every day to earn those chances and prove myself in England.”

The Daily Mail says Pellistri will go straight into Solskjaer’s first team rather than the youth set-up so he’ll provide competition for the likes of Mason Greenwood, Daniel James, Marcus Rashford and Anthony Martial this season.

The teenage winger has forged a reputation as one of the hottest young talents in South American football and the Daily Mail claims he attracted interest from the likes of Manchester City, Real Madrid and Barcelona.

So while some fans may be disappointed not to have signed a renowned name like Sancho this summer, it’s still something of a coup for Man Utd to sign Pellistri ahead of some of Europe’s biggest clubs.

The youngster featured for Penarol 37 times and was coached by former United striker Diego Forlan in the Uruguayan Primera Division so he’ll be hoping to follow in his foot-steps by making a name for himself at Old Trafford.