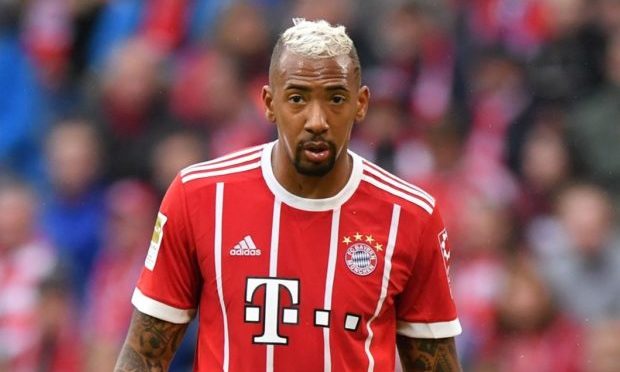 Arsenal and Chelsea are among the clubs ready to battle-it-out over a deal to sign Bayern Munich defender Jerome Boateng on a free transfer next summer, according to Sport Bild via The Sun.

Boateng has been a prominent figure for the German giants since arriving from Manchester City in 2011 as the centre-back has made 333 first team appearances to help Bayern win a whole host of honours over the past nine years.

The 32-year-old has won 8 Bundesliga titles, 2 Champions League’s, the Super Cup, FIFA World Club and 7 domestic cup competitions during his time at the Allianz Arena making him one of the most decorated players in Europe.

However, Boateng’s future has been in serious doubt in recent months as he’s in the final year of his contract and The Sun are citing Sport Bild’s Head of Football Christian Falk as reporting that Bayern have now decided they won’t be offering him a new deal.

Falk says Boateng will leave as a free agent next summer and he could be heading back to England as Arsenal and Chelsea have joined Tottenham in expressing their interest in signing the centre-back.

“FC Bayern don’t give Jerome Boateng a new contract. In summer he is free of charge.”

“This clubs from the premiere league are interested. Arsenal, Chelsea and Tottenham.”

The Sun supports this claim as they too say that Arsenal, Chelsea and Spurs are ready to do-battle over a deal to sign Boateng on a free transfer as the London trio look to add some experience to their ranks.

Arsenal are expected to see the likes of Sokratis, Shkodran Mustafi and David Luiz leave at the end of the season so Boateng would add an old-head to Mikel Arteta’s squad who could help the likes of Gabriel and William Saliba.

Chelsea signed Thiago Silva last summer but it remains to be seen whether the Brazilian – who turns 37 next year – will stay beyond this season so Frank Lampard could be eyeing Boateng as a potential replacement.

The 6ft 4in defender could be an astute short-term signing for Arsenal or Chelsea but it looks like they’ll also face competition from Tottenham as Jose Mourinho looks to further strengthen his defensive options next summer.

We’ll have to wait and see how things develop over the coming weeks but Boateng will be able to agree a pre-contract agreement with the likes of Arsenal, Chelsea and Spurs from January so we could see his future resolved this winter.