Manchester United take on West Ham at the London Stadium on Sunday afternoon. Here is a preview with team news, expected line-ups and prediction

Manchester United get back to Premier League action when they take on West Ham at the London Stadium on Sunday afternoon.

The Red Devils slumped to a disappointing 2-1 defeat at Young Boys in their Champions League group stage opener on Tuesday night so Ole Gunnar Solskjaer will be demanding a response from his players tomorrow.

While their European campaign got off to a stuttering start, United have enjoyed a terrific start domestically as they’ve picked up 10 points from their four games so far and sit in the top four heading into this game.

With Manchester City being held 0-0 at home by Southampton today, United have the opportunity to pull clear of their local rivals and a win would see them move level with leaders Liverpool.

However, Man Utd will be expecting a tough game tomorrow as West Ham are a very good side these days and they sit just two points behind United in the table having won eight points from their four games so far.

Man Utd will continue to be without the services of Edinson Cavani as the South American hitman is still recovering from a muscle strain that’s kept him out recently.

Aaron Wan-Bissaka was sent off in midweek but his ban only applies in Europe so he’s available to start at right-back while Raphael Varane is set for a recall in defence after being rested against Young Boys.

Manchester United will assess Scott McTominay’s fitness as he’s back in training following groin surgery but a place on the bench is probably the best he can hope for. Marcus Rashford remains out with a shoulder problem.

West Ham will be without Michail Antonio as the attacker is suspended following his sending off late on during the draw at Southampton last weekend so Jarrod Bowen could move into a central role.

Said Benrahma, Angelo Ogbonna and Vladimir Coufal are expected to be recalled after being rested in the Europa League on Thursday night while Kurt Zouma could keep his place in the back four. 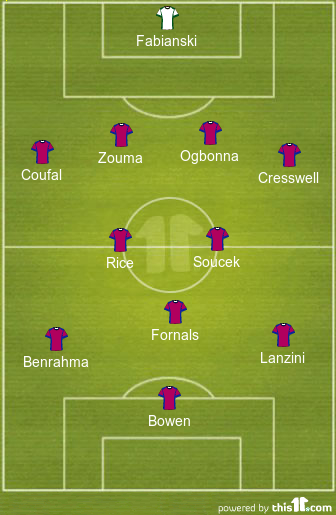 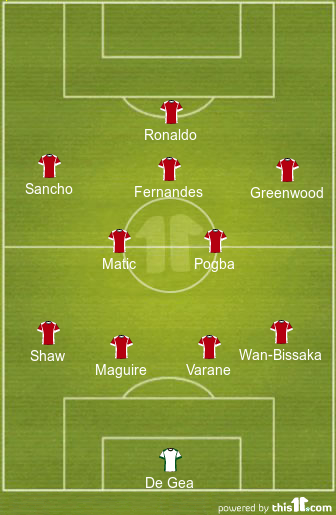 West Ham 1-2 Man Utd: The Hammers are unbeaten in their last seven Premier League games and will come into the match in positive mood following their win over Dinamo Zagreb in the Europa League.

David Moyes has built a solid side and they’ll give United an extremely tough game but the Red Devils haven’t lost on the road in the league in 28 games and we think the visitors will edge it tomorrow.

Cristiano Ronaldo has re-energised Man Utd and he’s already shown his goal threat having netted three times in his two appearances so we think the Portuguese superstar will fire Solskjaer’s side to a narrow 2-1 win.