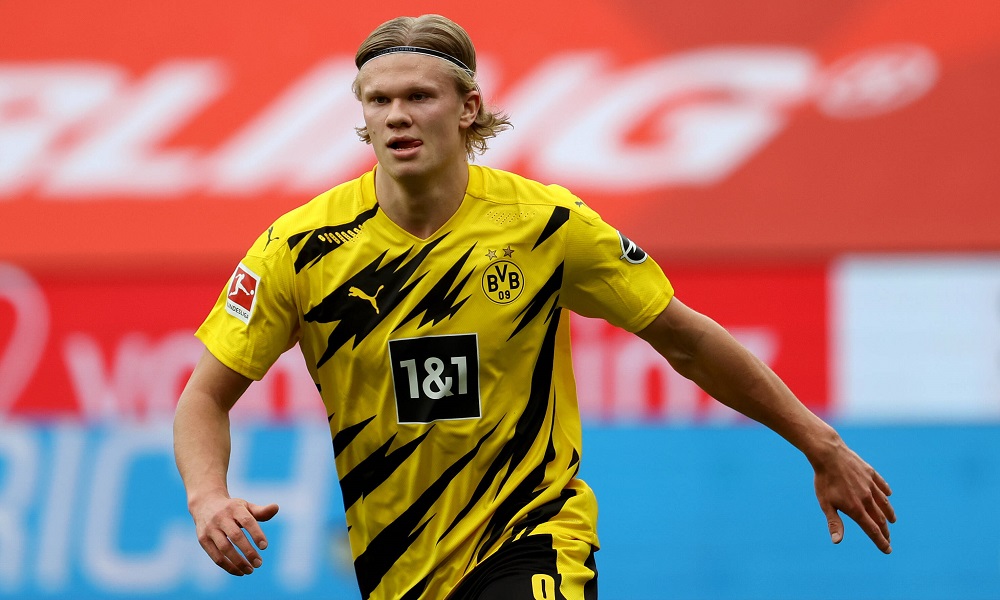 Chelsea manager Thomas Tuchel has confirmed that the club looked at the possibility of signing Borussia Dortmund striker Erling Braut Haaland over the summer.

The west London giants were actively on the search for an elite striker during the last transfer window, and Haaland was mentioned as a potential transfer target.

However, a deal never appeared on the cards with Dortmund reluctant to sell. The Blues eventually re-signed Romelu Lukaku from Inter on a club-record £97.5 million deal.

In an exclusive interview with Bild, Tuchel has now revealed that Haaland was discussed as a potential transfer target, but a move was ‘absolutely unrealistic’.

He added to describe the Norwegian as a ‘fantastic player’ and refused to rule out the possibility of pairing him alongside Lukaku up front for the Blues next year.

He said: “We talked about Erling Haaland a couple of times, including during the transfer window. But then it seemed absolutely unrealistic and not at all feasible.”

“We talk about him regularly, of course, because he’s a fantastic player and clearly the defining figure at Dortmund, who is a big rival for us in the Champions League.

“You mean two at the top [with] Lukaku and Haaland? We can talk about it! I don’t think we’ve been really serious about it yet, but let’s see what will happen in the next few weeks.”

Lukaku has made a good impression since his comeback, registering four goals from 10 matches.

The Belgian has gone six games without finding the back of the net, but it could only be a matter of time before he gets back to scoring ways for the west London giants.

Meanwhile, Haaland has continued to flourish for Dortmund. In the same number of games as Lukaku, he has registered a sublime tally of 13 goals and four assists.

The 20-year-old could be a target for several elite clubs next summer, particularly with a reported £65m release clause on his contract that becomes active in June.

Tuchel regularly played with a two-striker combination at Paris Saint-Germain, and he has recently tried the same set-up with the Blues without much success.

Timo Werner has struggled with his finishing during his Blues career. There has also been limited service for Lukaku up front over the past few games in all competitions.

Haaland could form a potent strike force with Lukaku with his dominating presence. It remains to be seen whether the Blues can beat their European rivals to his services.