Liverpool will be desperate to get back to winning ways following their 3-2 defeat to West Ham at the London Stadium prior to the international break – which ended their unbeaten start to the new campaign.

The defeat has left Liverpool sitting fourth in the table and four points adrift of leaders Chelsea so Jurgen Klopp will be looking to close that gap with victory over the Gunners on home soil tomorrow evening.

However, Arsenal head to Merseyside in terrific form having extended their unbeaten run to 10 games in all competitions with a 1-0 win over Watford at the Emirates Stadium before the international break.

Therefore, Mikel Arteta will be hoping to cause an upset to boost their European qualification hopes and Arsenal can leapfrog Liverpool into the top four with a win at Anfield tomorrow.

Liverpool will assess Andrew Robertson and Jordan Henderson but the duo are tipped to be fit to start after returning to training following minor knocks. In a further boost, Sadio Mane has been passed fit after recovering from a rib injury that he picked up while playing for Senegal.

However, the visit of Arsenal comes too soon for Naby Keita and James Milner as they remain out with thigh injuries while Roberto Firmino remains out with his own hamstring complaint.

Joe Gomez is also missing for the hosts due to a calf problem and young duo Curtis Jones and Harvey Elliott remain out with eye and ankle injuries respectively.

Arsenal have been handed a boost as Pierre-Emerick Aubameyang is expected to be fit after recovering from a knock while Thomas Partey has been back in training following a groin injury so they should both start tomorrow.

However, Granit Xhaka is still out with a serious knee injury that will keep him on the sidelines until the New Year and Sead Kolasinac is facing a spell out after sustaining an ankle injury while away with Bosnia. 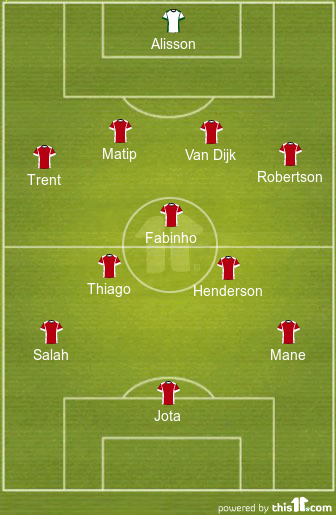 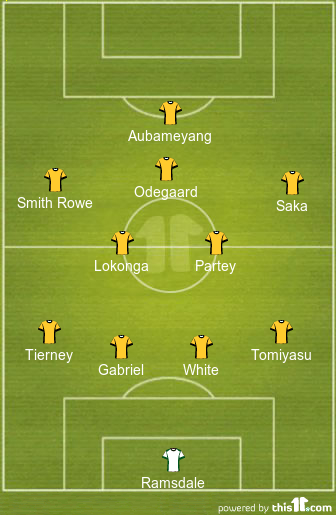 Liverpool vs Arsenal will be broadcast live on Sky Sports, kicking off at 5.30pm on Saturday evening. Subscribers can watch the game on their TV’s via their set-top boxes or stream the game live via the Sky Go app on mobile, laptop or desktop.

Supporters will also be able to watch highlights on the Sky Sports Football YouTube channel shortly after the final whistle or catch highlights on Match of the Day on Saturday night. Fans can also watch the game live on a dodgy stream that can be found online shortly before kick-off – but obviously we can’t condone that sort of thing!

Liverpool 2-1 Arsenal: The Gunners have struggled against Liverpool in recent years but they head into this match high on confidence off the back of an excellent run of form so they should be eyeing a positive result at Anfield.

However, Klopp’s side are formidable on home soil and with Mohamed Salah in sensational form, they may have too much for Arsenal in the end. It should be an interesting game at Anfield but we’re backing the hosts to edge it.