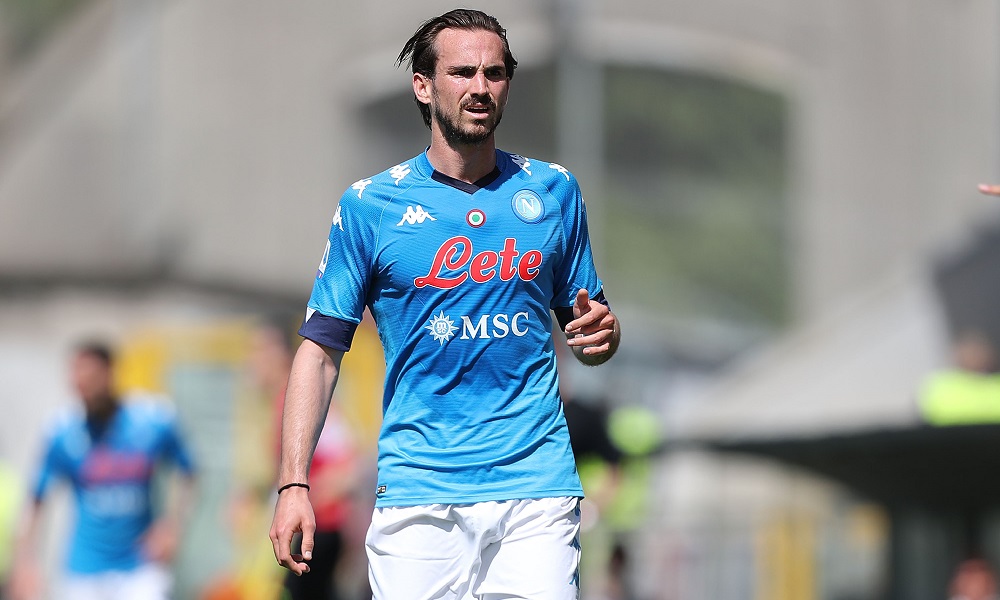 Manchester United are in pole position ahead of Arsenal and Liverpool to sign Napoli midfielder Fabian Ruiz in the summer, according to reports via The Sun.

United need to strengthen their squad if they’re to become challengers again as they currently languish way down in seventh place in the Premier League table and are miles away from competing with the likes of Man City and Liverpool.

Central midfield has become a real area of concern as Paul Pogba could be leaving on a free transfer when his contract expires in June while Nemanja Matic turns 34 this year so is coming towards the end of his career.

Donny van de Beek is also expected to leave Old Trafford after enduring a nightmare time since arriving from Ajax so Manchester United are on the look out for midfield reinforcements to challenge Fred and Scott McTominay.

The Red Devils have been strongly linked with Declan Rice in recent windows and The Sun says the West Ham star remains a prime target but his £100m price-tag means a deal will be extremely difficult to pull off.

Therefore, Man Utd chiefs have drawn up a back-up plan and the newspaper is citing a report from La Repubblica that claims Ruiz has been identified as an alternative target to Rice.

United aren’t the only club in the running for his signature as the Italian publication says Arsenal and Liverpool are also showing a keen interest in luring the Napoli midfielder to England at the end of the season.

Mikel Arteta is in the market for midfield reinforcements as Granit Xhaka and Mohamed Elneny are expected to leave Arsenal in the summer. Liverpool boss Jurgen Klopp is also on the look-out for another midfielder with James Milner in the final year of his deal while Naby Keita’s future at Anfield is in doubt.

It looks like both Arsenal and Liverpool are eyeing a move for Ruiz but according to La Repubblica, it’s Manchester United who are currently in pole position to sign the Spanish international in the summer.

The 25-year-old has just 18 months left on his current contract and is no closer to signing an extension so Napoli will need to cash-in at the end of the season or risk losing him for nothing in 2023.

Ruiz would be an excellent signing for Man Utd as he’s been one of the best all-round midfielders in Italian football since arriving in 2018 but we’ll have to wait and see whether Arsenal and Liverpool offer serious competition for his signature this summer.