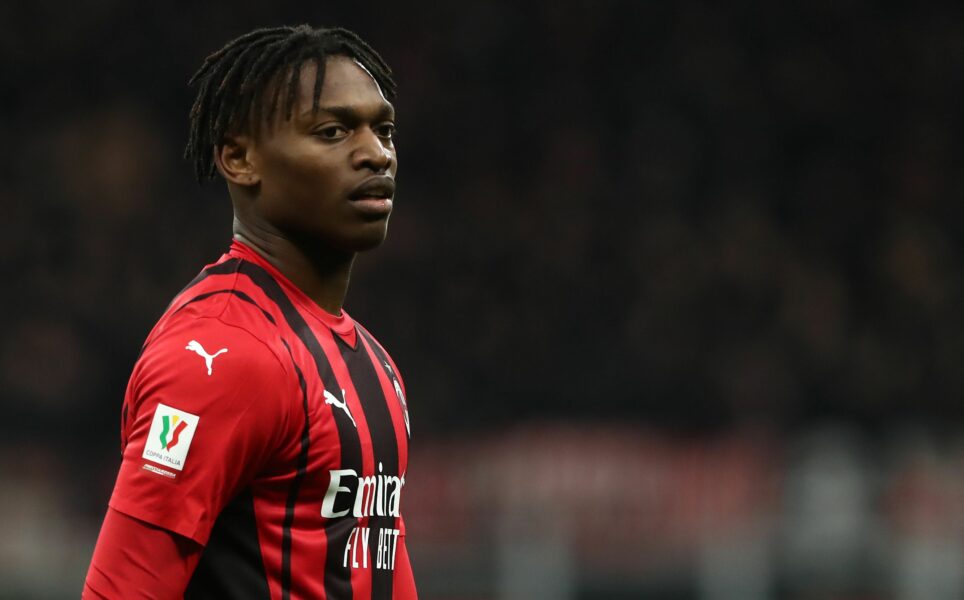 The 22-year-old is currently in his third season with Milan where he has established himself as a key player under manager Stefano Pioli.

The club are already planning to renew his contract expiring in June 2024, but there continues to remain speculation over his future.

According to La Repubblica, the Portuguese is attracting interest from ‘half of the Premier League’, but Arsenal are ‘in the lead’ for his signing.

The report does not specify any reason, but it is suggested that the Gunners are showing the strongest interest in Leao ahead of the summer.

Leao was initially a regular centre-forward for Milan, but he has played exclusively on the left wing this term with the fierce competition up front.

The change in position has proved a blessing in disguise for him. He has nailed down a regular role while bagging 10 goals and six assists from 27 games.

Aside from his goal contributions, he has excelled with his high work rate and dribbling ability which may have caught the eye of the Gunners.

The north London giants are not actively looking for another wide player, but Leao could be a potential target for the club to bolster the strike force.

The club released Pierre-Emerick Aubameyang last month while Alexandre Lacazette and Eddie Nketiah could leave when their contracts expire in June.

This could leave the Gunners without a senior striker. Folarin Balogun is fairly inexperienced, and may not be tasked with the job of leading the line next term.

It won’t be a surprise if the club pursue more than one centre-forward. Leao could be a potential candidate if they can take advantage of his contract situation.

Leao is currently valued at £31.5 million by Transfermarkt, but the Gunners may need to pay a much higher fee to convince the Rossoneri into a summer sale.

That may not be the only stumbling block. They may need to assure him with Champions League football which Milan could achieve for a second-straight season.