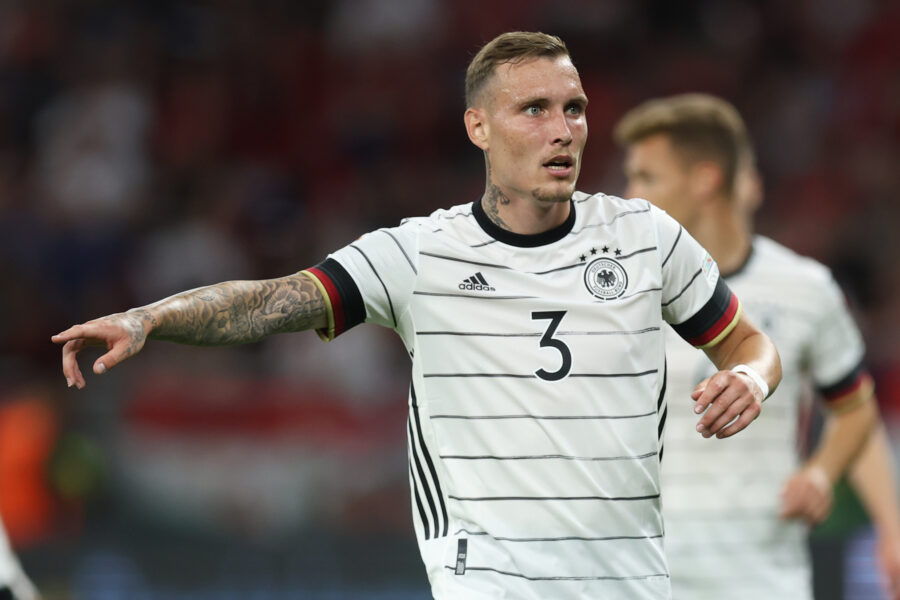 The Red Devils are set for a mini-squad rebuild this summer and new manager Erik ten Hag may have plans to bolster multiple positions.

A central defender could be one of the top priorities, but the Dutch tactician may also consider upgrading his full-back options for next season.

In that case, Raum would be a quality signing for United, and Sky Germany claims that they would have an advantage over Borussia Dortmund in the race to sign the talented defender.

Raum currently has a £26 million buy-out clause in his contract, as per the news outlet, but that does not become active until the conclusion of the 2022/23 campaign.

Dortmund are reluctant to pay more than that figure. Hence, United have the chance to sign him for around £34m this summer, but face competition from West Ham and Newcastle.

Raum joined Hoffenheim on a free transfer from Greuther Furth last summer, and had a stunning debut season with three goals and 13 assists from 32 league appearances.

The 24-year-old operated from both the left-back and left wing-back positions for the Bundesliga outfit and he is now regarded as a mainstay in the Germany squad.

With his drastic improvement, Hoffenheim seem prepared to cash in this summer. They have the opportunity to sell him for a much higher fee than his release clause.

United are deemed to be interested, but any move from the club could be dependent on either Luke Shaw or Alex Telles being shown the exit door this summer.

In Raum, United would get someone, who is solid in both departments. He has excelled with his ball progression and key passes, but can also win regular duels.

The £34 million price tag is justifiable for a player, who managed 16 goal involvements.