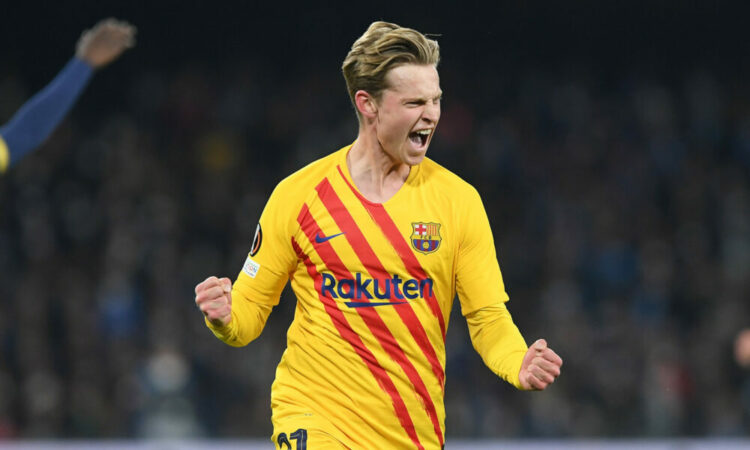 Manchester United are ready to submit a fresh £65m bid for Frenkie de Jong and are ‘obsessed’ with signing the Barcelona midfielder this summer, according to reports.

Man Utd have been strongly linked with de Jong this summer and Fabrizio Romano has claimed in an interview with wettfreunde that United are ‘obsessed’ with getting a deal over the line.

The Italian journalist says United chiefs believe the Dutch international would be a statement signing that shows the club are still able to compete for the very best players.

The Red Devils have struggled to land some key targets in recent years due to their lack of regular Champions League football, leading to some questioning whether they still have the same pull as they once did.

According to Romano, it’s for this very reason that Man Utd are determined to send a message in the market by completing a sensational move for de Jong.

How is the transfer shaping up?

An agreement between FC Barcelona and Manchester United is still far from being reached. According to Romano, the Catalan giants want £74 million (€86 million) guaranteed for the former Ajax player. This is the exact amount they paid for him in 2019.

Having already seen an offer rejected, The Sun are citing a report from the print version of Mundo Deportivo that claims United are going to test Barca’s resolve with a fresh offer worth £65m plus bonuses.

It remains to be seen how Barcelona will respond once this latest offer is put on the table but they may once again rebuff United’s approach if they stand firm in their demand for £74m.

Erik ten Hag wants to build his squad around the 25-year-old midfielder but a deal isn’t going to be easy, even if they do end up agreeing a fee with Barcelona. The player has indicated he’s happy to stay at Barca and is content in Spain. So United will have to work extremely hard to convince the Dutchman to become the face of their new project.

United have already confirmed the departures of Paul Pogba, Nemanja Matic, Jesse Lingard, and Juan Mata, so their midfield needs a total revamp. De Jong is the man ten Hag wants in the middle of the park but Man Utd need to make progress on a deal soon or move on to other targets.