Manchester United have agreed a deal with Feyenoord worth around £15m to sign highly-rated full-back Tyrell Malacia, according to The Athletic 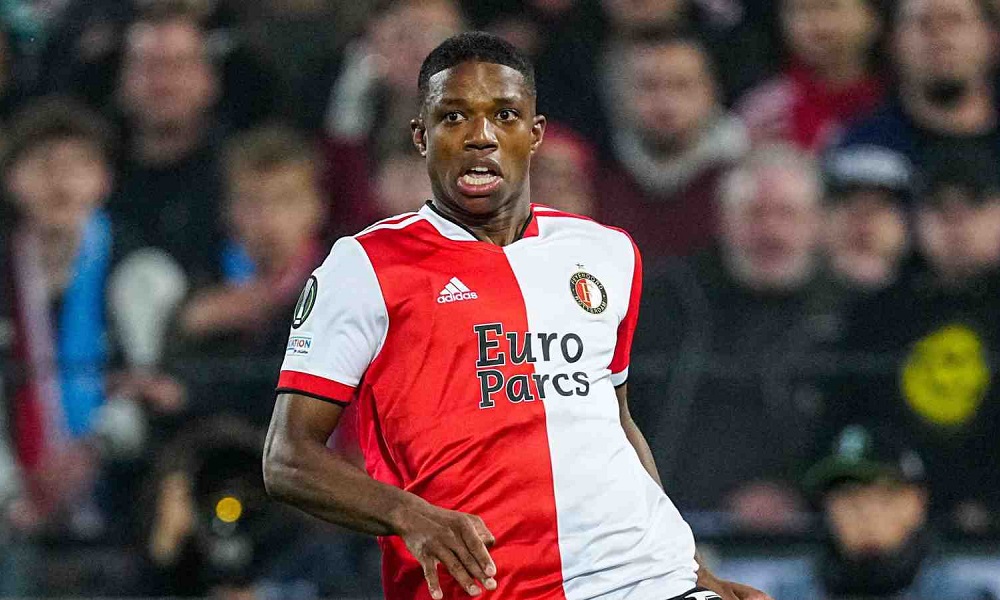 Manchester United have agreed a deal with Feyenoord worth around £15m to sign highly-rated full-back Tyrell Malacia, according to The Athletic journalist David Ornstein.

New United boss Erik ten Hag has been looking to strengthen his squad ahead of the new season and so far the Manchester giants have been focussing their attention on securing a deal for Barcelona midfielder Frenkie de Jong.

However, ten Hag is also wanting to bring in defensive reinforcements and it appears a new left-back is on the agenda as Malacia has emerged as a serious transfer target.

News broke on Tuesday that Man Utd were trying to hijack Lyon’s proposed deal to sign the 22-year-old, and The Athletic are one of several media outlets now reporting that a deal has been agreed with Feyenoord.

Writing in The Athletic, renowned journalist David Ornstein claims that United have agreed a deal worth around £15m [€17m] for Malacia which would see them paying £13m up front with a further £2m in add-ons. The deal would also include a sell-on clause.

Lyon had agreed a slightly lower fee with Feyenoord but Manchester United have come in to hijack their proposed deal by offering a higher figure at the last minute.

“The agreement with Man United is there. We are now waiting for Tyrell.

“If Malacia says yes, then a transfer to Manchester United is imminent”.

If Malacia indicates he wants to join United instead of Lyon, the full-back will be given permission to discuss personal terms with the Premier League giants – although wages are unlikely to be a problem.

Malacia joined Feyenoord’s youth ranks as a child and has come through the system to emerge as one of the most highly-rated defenders in Dutch football in recent years.

He established himself in the first team last season with 50 appearances in all competitions, contributing 1 goal and 5 assists. Malacia’s impressive form has also seen him break into the senior Holland team with 5 caps so far having represented his country at various youth levels.

We’ll have to wait and see whether Malacia decides to turn his back on Lyon and opt for a move to Old Trafford instead. Should United sign the left-back, it will pave the way for Alex Telles to leave the club this summer.