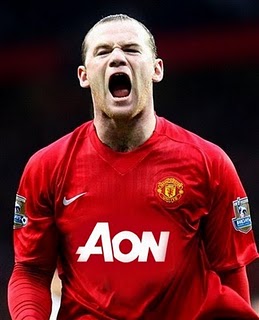 We wrote the other day about United’s perfect start to a mammoth month at Upton Park on Saturday. Rooney and company carried that momentum into last night’s game at Stamford Bridge and secured our first win there since 2002. What a result!

1-0 away from home in the first leg tees us up nicely for the return at Old Trafford next week. Looking at it on paper, United are yet to lose at home this season so should be odds on to progress. However, complacency at this point would be fatal. All Chelsea require is a repeat of the result they achieved at Old Trafford this time last year to get through to the Semi-Finals. This game is far from over, we’ve seen that time and again in this competition, think last year when we went 3-0 up at home to Bayern.

The best thing for the players now is to take their minds off the Chelsea tie by concentrating on picking up another 3 points against Fulham on Saturday. It’s vital to build on both victories at Upton Park and at Stamford Bridge by picking up another win this weekend. We can then turn to the 4th game out of a minimum of 7 this month – the return leg against Chelsea.

There were some great performances last night, it was a good all round display, solid at the back but we did ride our luck and were fortunate not to concede a late penalty. It was great to see Chelsea suffer at the hands of the referee having been in that position at Stamford Bridge so many times ourselves.

It’s half time in this tie and the progress report reads “so far, so good, plenty more work to do.” We are in with a great chance to progress to the last four and hopefully finish the job next week.

What did you think of tonights performance? Do you see us making the semi-finals?