Napoli’s Uruguayan striker Edinson Cavani may be Chelsea bound, after reporting that a meeting between both his agents and Chelsea FC took place on Friday.

Today the Sun newspaper is claiming that Napoli’s Uruguayan striker Edinson Cavani may be Chelsea bound, after reporting that a meeting between both his agents and Chelsea officials took place on Friday.

Roman Abramovich is keen to add in the summer and Cavani is seen as the goal-machine that Chelsea crave. The report suggests a bid of £30 million could tempt Napoli in selling one of their prized assets.

Should this move go through it could spell the end to Fernando Torres’ future at Stamford Bridge, with the Spaniard struggling to settle since his big-money move from Liverpool.

In my opinion, I believe Chelsea need at least 5 players this summer. A right back in and Bosingwa out. Midfielders Mikel, Malouda, Meireles and maybe Lampard and Essien should move on too.

I’d like to see a creative midfielder like Kaka come in along with an old fashioned winger like Robben. I feel we could do with a defensive midfield player as well, and Newcastle’s Tiote would be my choice after impressing with his tough-tackling performances for the Geordies.

Personally, i would like to see Torres stay and with the added creativity in midfield, we could get the best out of Fernando. Mata has been Chelsea’s stand out player this season and is the only real creative player we can rely on. I’d also give youth a chance, with Josh McEachran and Lukaku given more first team action next season. 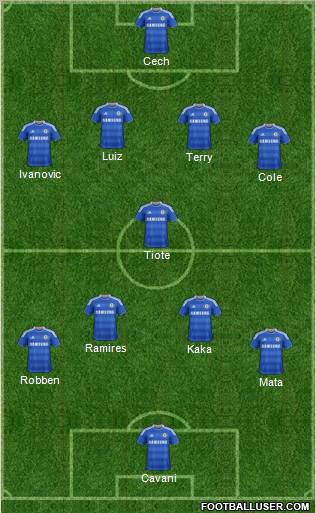 What do you guys think of the Cavani news? Who would you like to see come to the Bridge in the summer? Get involved in the comments section….

Fancy a flutter? Claim your £10 welcome bonus at Sky Bet and enjoy some of the best match odds in the business.