Chelsea play host to West Brom at Stamford Bridge on Saturday afternoon looking to close the gap at the top of the league. Here’s a preview for the game. Chelsea play host to West Bromwich Albion at Stamford Bridge on Saturday afternoon looking to close the gap at the top of the league.

The Blues head into the weekend sitting second in the Premier League table and can move to within two points of leaders Arsenal with a win ahead of the Gunners’ trip to Old Trafford on Sunday.

Chelsea will be desperate to get back to winning ways in the league after last weekends disappointing 2-0 loss to Newcastle at St James Park and should be confident of doing so having won all 7 of their previous games against the Baggies at Stamford Bridge.

The game will see Jose Mourinho come up against former assistant Steve Clarke with the pair forming an excellent partnership during the Portuguese coaches first time at Chelsea in 2004, going on to win two Premier League titles, an FA Cup and two League Cups during their three years together.

Eden Hazard is back in the Chelsea squad after being omitted against Schalke in midweek. The attacker failed to show up to a training session earlier in the week after missing his train to London following a trip to France to watch his old team Lille, but Mourinho has confirmed the case is closed and he’s back in contention.

Striker Fernando Torres has been ruled out with a thigh problem so Samuel Eto’o is likely to continue up front following his brace in midweek.

Mourinho has no further injury problems and is expected to stick with the majority of the team that beat Schalke 3-0 in midweek, although the likes of Ashley Cole and Frank Lampard could return.

WBA are without winger Scott Sinclair after he failed to recover from a hamstring injury to face his former club and he’s joined by Nicolas Anelka on the sidelines with the striker still struggling with a groin issue.

Striker Victor Anichebe is back though after recovering from a hamstring problem and he could replace Shane Long in attack. Clarke continues to be without the services of defender Billy Jones, midfielder Zoltan Gera and goalkeeper Ben Foster. 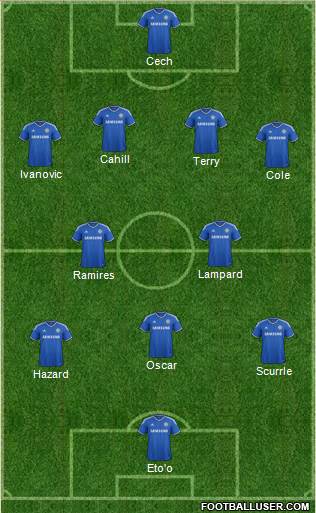 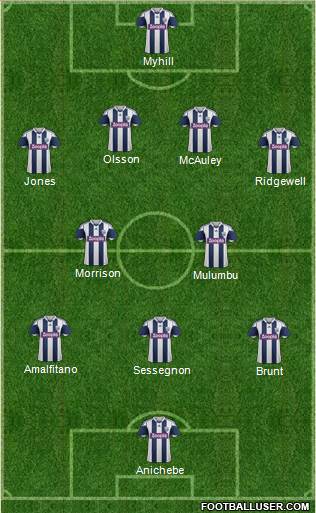 Eden Hazard: The Belgian will have much to prove if he’s recalled to the starting line-up this weekend following his slap on the wrists in midweek, and we can see him putting in a special display if he’s given the chance.

Chelsea 2-0 West Brom: The Blues are formidable at home so we can’t see past a Chelsea victory here.