Transfer deadline day has arrived and managers are desperately trying to tie-up those last minute deals, so we’ll bring you all the latest news and gossip. Today, Tottenham complete the signing of Benjamin Stambouli. 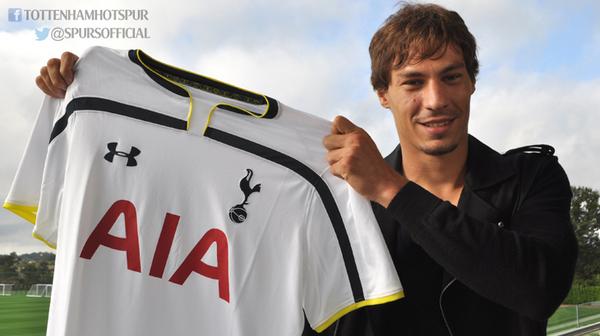 Tottenham Hotspur have completed the signing of French under-21 midfielder Benjamin Benjamin Stamboulifrom Montpellier for a reported €6m.

It was announced over the weekend that Tottenham had come to an agreement with the Ligue 1 outfit for the defensive midfielder, and Benjamin Stambouli was soon on his way to England to undergo a medical and discuss personal terms.

It appears those formalities have now been completed with Spurs confirming on their official website that the 24-year-old has joined the club for an undisclosed fee after signing a long-term contract.

While the North Londoners haven’t disclosed the price fee they’ve paid Montpellier, reports suggest it’s in the region of €6m (£5m), which is an excellent deal for a player of his potential.

Stambouli has been with Montpellier since a teenager and came through the youth ranks at the club before breaking in to the first team in 2010. He’s since gone on to make over 120 appearances for the club and was a key menber of the side that won the Ligue 1 title in 2012.

He’s not yet earned a cap for the French national team but he was a regular in the Under-21’s and has been tipped to break into the senior side soon, and he’ll now provide Mouricio Pochettino will another option in the center of midfield.

Stambouli becomes Tottenham’s sixth summer signing following the arrivals of Michel Vorm, Eric Dier, Ben Davies, DeAndre Yedlin and Federico Fazio. Here is another photo of the midfielder in his new kit and signing his contract: