Leicester City will look to build on a solid start when they entertain Man Utd on Sunday afternoon. Here’s a preview with team news and predicted score.

Leicester City will be looking to build on a solid start when they entertain Premier League giants Manchester United at the King Power Stadium on Sunday afternoon.

Nigel Pearson’s side have taken five points from their opening four games including a 1-0 win at Stoke City last time out thanks to a late winner from Leonardo Ulloa.

That game followed on from impressive draws at home to both Everton and Arsenal while they also put up a good fight at Stamford Bridge before eventually losing 2-0 to Chelsea, so United will know they are in for a tough game this weekend.

Louis van Gaal secured his first Premier League victory as United boss with a resounding 4-0 win over Queens Park Rangers last weekend so the Dutchman will be hoping to build some momentum after a difficult start to life in the Old Trafford hot seat.

After losing at home to Swansea on the opening weekend, United were then held to draws away at Burnley and Sunderland, so the former champions will be desperate to get their first win on the road and start climbing up the table.

Leicester could hand a full debut to Esteban Cambiasso after he put in a hugely impressive performance having come on at half-time last weekend.

Kasper Schmeichel is expected to return after missing last weeks win at Stoke and take on the team his dad, Peter, played almost 400 appearances for.

Matthew Upson remains on the sidelines through injury but Matty James is back in contention after recovering from a shin injury.

Van Gaal welcomes back Chris Smalling to the squad but the defender is unlikely to start with Rafael, Jonny Evans and Marcos Rojo all expected to keep their places.

Luke Shaw is pushing for a start though after getting another weeks training under his belt following a hamstring injury, so he could make his debut.

Radamel Falcao is expected to be on the bench again as he’s eased into life in the Premier League. 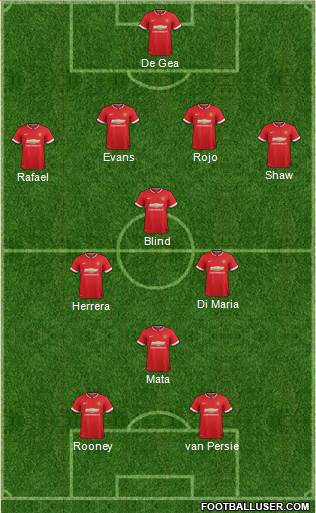 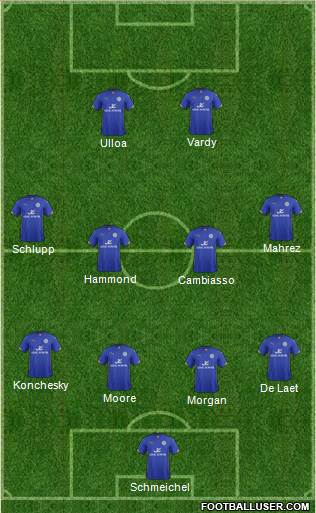 Angel Di Maria: The Argentine has settled in quickly at Old Trafford and was in superb form last weekend, so all eyes will be on the former Real Madrid man once again tomorrow. Stopping Di Maria will be key if the hosts want to take anything away from the game.

Leicester 1-2 Man Utd: Leicester will no doubt put up a good fight and I can see them causing United some problems, but the former champions should have way too much firepower for the newly-promoted side to handle in the end.