Michael Carrick is glad to be over his injury ‘nightmare’ and is keen to return to action this weekend when Manchester United take on Chelsea at Old Trafford. 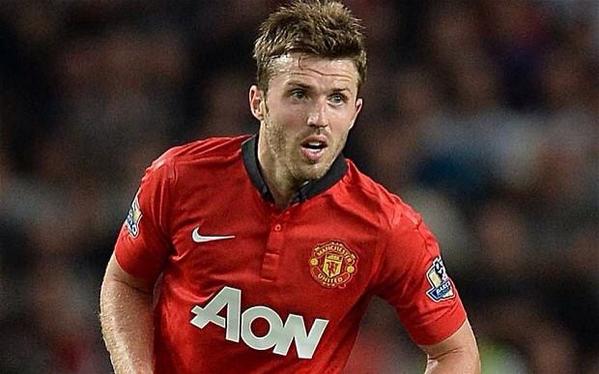 Michael Carrick is glad to be over his injury ‘nightmare’ and is keen to return to action this weekend when Manchester United take on Premier League leaders Chelsea at Old Trafford.

Carrick is yet to feature this season after damaging ankle ligaments during pre-season training back in July and the injury couldn’t have happened at a worse time as it came on the same day Louis van Gaal took charge of United for the very first time.

After a long road to recovery, the 33-year-old midfielder returned to the squad for Monday’s 2-2 draw against West Bromwich Albion and althoguh Carrick didn’t manage to get off the bench at the Hawthorns, he’s glad to be over his injury ‘nightmare’ and looking forward to becoming a footballer again.

“It’s your worst nightmare as a footballer to be out for so long and this is the longest I have ever been out,”

“I have never really had to deal with big injuries before, so this was something new for me.

“The timing of the new manager coming in and me getting injured on that first day wasn’t ideal, but that is something that I have got over. I am back training now and looking forward to getting amongst the boys again, and becoming a footballer again!”

Carrick is now in the frame to make his first appearance of the season against Chelsea on Sunday and ManUtd.com claim he is keen to be involved against the run-away league leaders this weekend.

Chelsea arrive at Old Trafford sitting five points clear at the top of the table and a full 10 clear of sixth-placed United, and Carrick admits it’s hard not to be impressed by the start Jose Mourinho’s men have made this season.

“You can’t help but be impressed,” he says.

“They have got a good balance at the moment and they look really strong at the back. They have a great back five, a good mix in midfield and going forward they look dangerous. Put all of that together and it makes a pretty decent team.

“That has shown in their results, which have been strong so far. That’s why they are sitting where they are. You have to respect them. You appreciate quality and you appreciate what they give. They have rightly been praised because the performances have warranted just that.”

Carrick’s return to fitness will give van Gaal a nice problem in midfield and it’s something the Dutchman hasn’t had to worry about too often this season due to the number of injuries he’s had to deal with.

When available, van Gaal’s preferred midfield trio has been Daley Blind, Ander Herrera and Angel Di Maria and with all three of United’s summer signings impressing at times this season, so it’s going to be interesting to see where Carrick fits in.

Blind currently occupies the holding role that Carrick has marshalled in recent years so unless van Gaal is going to change his formation to deploy two defensive midfielders, it looks like the duo may have to battle it out for a place in the United starting eleven.