Man Utd are set to be handed a triple injury boost ahead of the Manchester derby with Wayne Rooney, Radamel Falcao and Michael Carrick all in contention 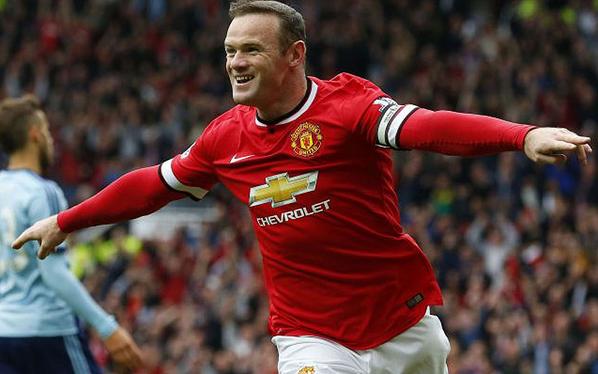 Manchester United are set to be handed a triple injury boost ahead of this weekend’s Manchester derby with Wayne Rooney, Radamel Falcao and Michael Carrick all expected to be in contention, according to reports today.

Rooney has missed United’s last three games through suspension after being sent off against West Ham at the end of last month and was due to return for Sunday’s trip to the Etihad after completing his ban.

But his availability was cast in doubt after he picked up a foot injury in training last week and reports claim the striker was clearly in some discomfort during a commercial event at Old Trafford on Monday.

However, the Mirror suggest that Rooney has been receiving intense treatment on the problem and has been able to train over the past two days meaning the club is now confident he’ll be passed fit to face their Manchester rivals this weekend.

In a double boost to Louis van Gaal, the newspaper also claims that Falcao will be available for the trip to the Etihad. The Colombian international missed United’s 1-1 draw with Chelsea last weekend after suffering a minor thigh problem in training but the striker is expected to recover from the knock and be in the squad on Sunday.

The return of both Rooney and Falcao will give van Gaal plenty of options in attack. Adnan Januzaj and Juan Mata are the two most likely to drop out if the Dutch boss decides to go with Rooney behind Robin van Persie and Falcao in attack – although he may opt to go with a slightly more defensive approach away to the champions.

It appears van Gaal will also have options in midfield as Michael Carrick could be in contention to make his first appearance of the season. The 33-year-old is yet to feature after suffering a serious ankle injury in pre-season training back in July but he stepped up his recovery with a run-out for the Under-21’s last Friday and has been an unused substitute for United’s last two games.

Having got another full weeks training under his belt, Carrick could now be ready to make his first team comeback but it remains to be seen whether van Gaal feels he’s fit enough to start in what’s likely to be a hectic Manchester derby.