Arsenal put in an impressive display to thrash Galatasaray 4-1 at the Turk Telecom Arena on Tuesday night. Here, we analyse the performance from front-to-back.

Arsenal put in an impressive performance to thrash Galatasaray 4-1 at the Turk Telecom Arena on Tuesday night. Here, Gunner333 analyses the performance from front-to-back. 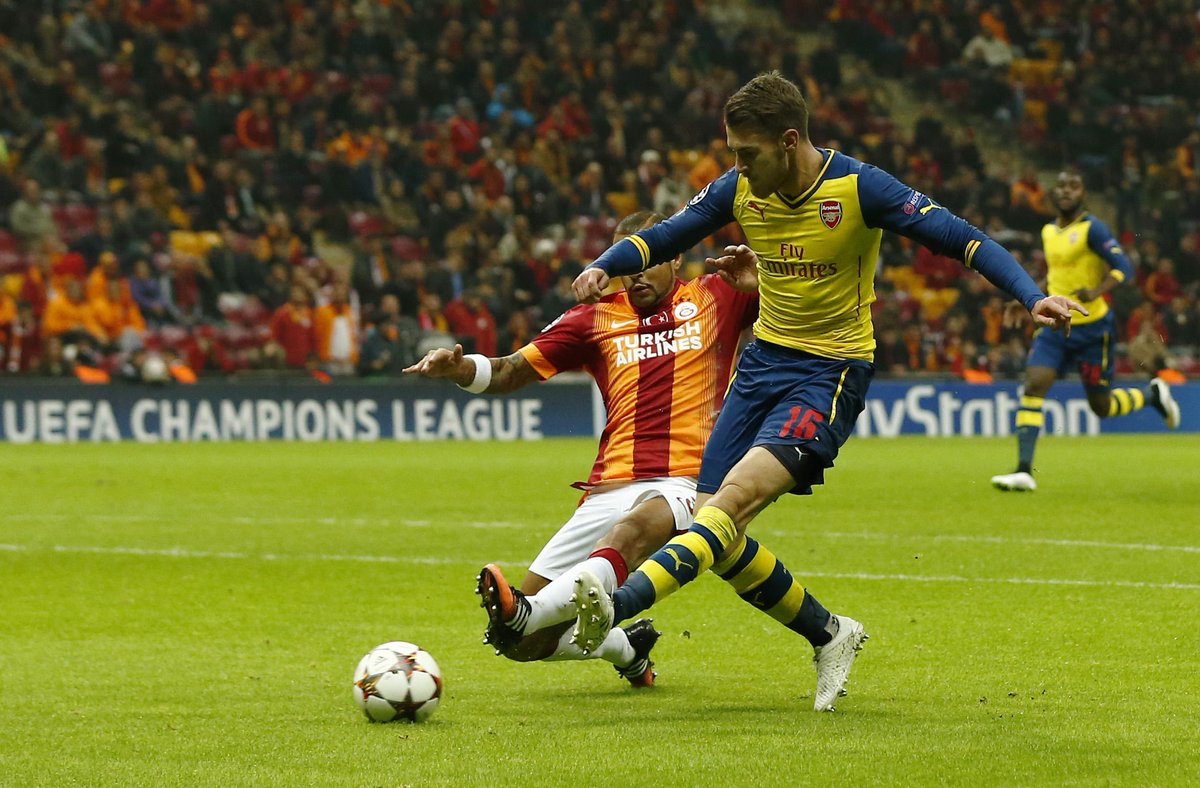 A despondent Arsenal side travelled to Istanbul on Tuesday night off the back of the weekend’s loss at Stoke, knowing that we had a slim chance of claiming top spot in Group D.

Matthieu Debuchy returned to action, while Wenger set his side up in an attacking mind-set with Joel Campbell, Yaya Sanogo and Lukas Podolski led the line. It was the German who gave the Gunners an early lead as he rifled home from close range following some good work from Aaron Ramsey.

The job looked complete before the half hour mark when Rambo thrashed home a worldy on the volley into the top far corner from fully 30-yards.

Galatasaray pulled one back when Wesley Sneijder fired home a free-kick but Podolski added a late fourth to put some gloss on the scoreline for the visitors.

We’d done our job in Turkey but unfortunately Dortmund got the point they needed at home to Anderlecht to secure top spot on goal difference, meaning we’ll now face a tough draw in the last 16.

I will now analyse the team’s performance in the game.

Once a fortress, Galtasaray’s Turk Telecom Arena did little to intimidate the Arsenal defence and, despite the hosts creating numerous half-chances, they only broke the back-line through a Sneijder free-kick.

The full-backs were nearly faultless, Debuchy especially convincing after three-months out, as the Frenchman provided good inside-cover for our middle men, but was also creative in pressing higher up the flank. Meanwhile, Hector Bellerin put in an impressive shift at left-back.

There will be much harder tests on the horizon for the Gunners back-four but a performance like this will do wonders for confidence.

Generally all departments were destined to score highly in this match but the midfield were incredible, with Ramsey obviously the stand out player with an assist and two excellent goals.

Oxlade-Chamberlain is becoming a regular to receive a special mention, as he exhibited great positivity and was the driving force behind every Arsenal attack, great in not only his favoured wide position, but he also looked the part drifting into a number 10 role at times.

Wenger handed a few younger lads a run-out in midfield in the second half and it could be the reason for the intensity dropping slightly in the second period, despite the ambition of Zelalem and Maitland-Niles to impress.

Lukas Podolski was the stand-out performer in the front-three, hushing his critics and perhaps calling for Arsenal to re-think their apparent plans to offload the German in January, with his hard-fought brace.

Pace came down one flank through Campbell, but the Costa Rican did little other than unbalance a few Galatasaray players, whilst Sanogo was pretty raw and sluggish in his attempts to guard the ball at times.

Overall, the front-three made some good combinations but were not greatly threatening in front of goal, instead their presence looked more a decoy to allow the middle-men through with a couple of opportunities.

The decision to rest a number of key men was a brave one from the boss, but it paid off and he was even able to blood a few youngsters and it was great to see in a European tie.

Wenger’s come under huge criticism in recent weeks but he deserves praise for our performance on Tuesday night. He got the team selection spot-on given the situation, and let’s hope the players take confidence into this weekends game with Newcastle.

A great result to reflect on, with the Gunners now happy to put the Champions League to the back of our mind until late February/March time. Brilliant to advance to the knockout-stages once again- let’s hope the big boys are avoided! Thanks for reading and feel free to comment below!