The agent of Slovakian midfielder Ondrej Duda claims that Arsenal and Tottenham Hotspur are among the clubs interested in luring him away from Legia Warsaw,

With the January transfer now open for business, managers are working hard to strengthen their squads ahead of the second half of the season, with many keeping their eye out for a transfer bargain, so we’ll bring you all the latest news and gossip. Today, Arsenal and Tottenham are linked with Ondrej Duda…. 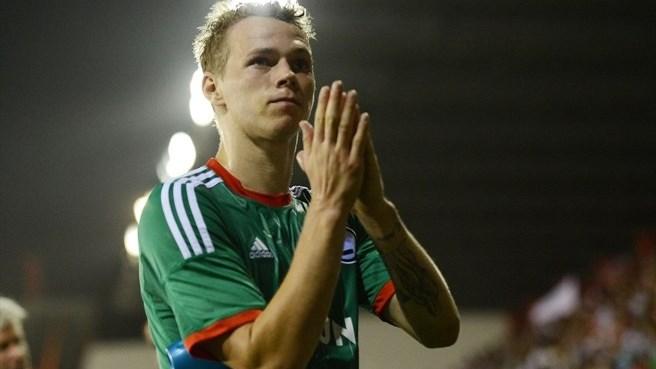 The agent of Slovakian midfielder Ondrej Duda claims that Arsenal and Tottenham Hotspur are among the clubs interested in luring him away from Legia Warsaw, according to reports today.

Duda only joined Legia a year ago from FK Kosice but he’s emerged as one of the hottest young properties in the Polish top flight after scoring 7 goals in his 27 appearances, while he’s already earned a cap for the senior Slovakian national team.

The attacking midfielder has drawn comparisons to the likes of Angel Di Maria due to his playing style and his potential has attracted interest from clubs all over Europe.

The 20-year-old’s father – who also acts as his agent – has been speaking to the Polish media about his sons future and confirmed that representatives from Arsenal and Tottenham have been in touch to declare their interest, while the likes of AC Milan, Inter, Napoli and Everton are also named as potential suitors.

However, the North London duo will have to bide their time as Duda senior warns that the attacking midfielder won’t leave Legia until the summer at the earliest.

“He has so many offers I do not even know. The representatives of AC Milan, Inter, Napoli, Hannover, FC Koeln, Arsenal, Tottenham, Everton, Hull City, Stoke and even a couple of other teams they have contacted me.

“But I repeat that if he leaves the Legia, it will be in the summer at the earliest.” Duda senior is quoted as saying by the Evening Standard

Speculation has suggested that Duda would command a fee in the region of €8m (£6.2m) but this valuation could change if the youngster continues his impressive form during the second half of the season.

Arsenal are reportedly in negations with Legia over the signing of 17-year-old defensive midfielder Krystian Bielik so Arsene Wenger may take the opportunity to try and discuss a potential deal for Duda too.

But it seems like the player has plenty of offers on the table and is going to take his time before making a decision over his future, so the likes of Arsenal and Tottenham are going to have to be patient.