With the January transfer window in full swing, managers are strengthening their squads ahead of the second half of the season, so we’ll bring you all the latest news and gossip. Today, Arsenal are eyeing a late move for Mattia Destro… 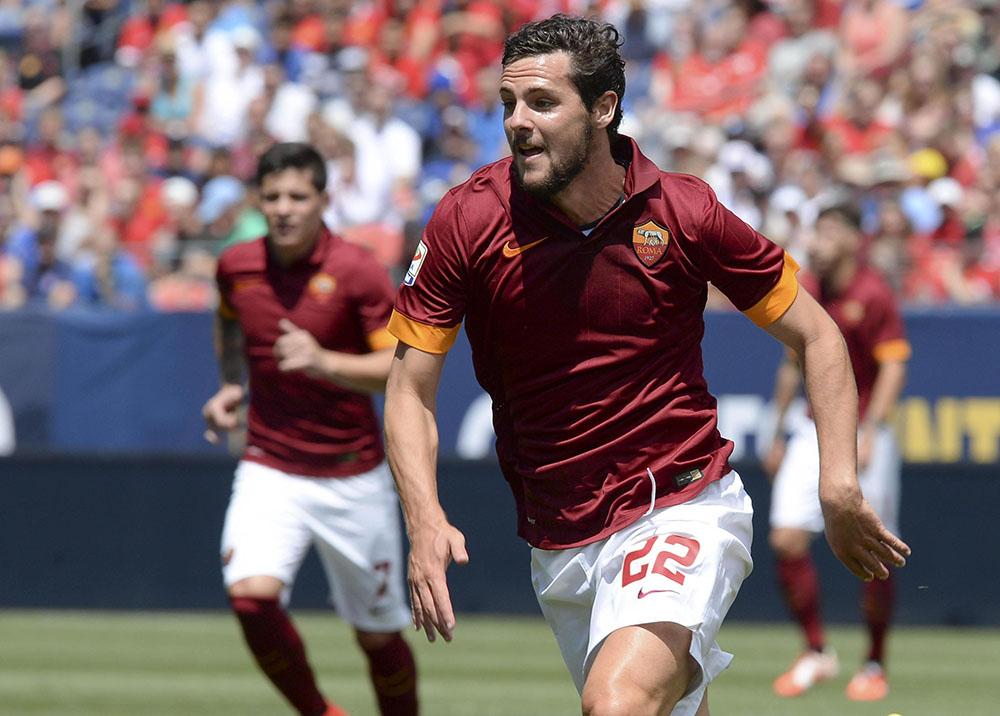 Mattia Destro is ‘likely’ to become Arsenal’s third signing of the January transfer window as Arsene Wenger lines-up a late move for the €20m-rated Italian forward, according to reports.

Destro has emerged as one of the most sought-after strikers in the Serie A after scoring 23 goals in 52 appearances for Roma since making the move from Genoa in 2012.

However, he’s enduring a more difficult time this season with the 23-year-old starting just 9 league games so far and although he’s still managed to find the back of the net on 5 occasions, it hasn’t stopped speculation linking him with a move away from the Stadio Olimpico.

Reports in Italy earlier this month suggested that Arsenal were keen on offering Destro a fresh start in England and had held preliminary talks with the players agent in London about a potential move this month.

It seems those talks must have gone well as the Daily Star are now citing reports coming out of Spain that claim Arsene Wenger is ready to make a formal move for the striker and they believe that Destro is ‘likely’ to become our third signing of the winter window.

There have been rumours that we’ll look to secure a loan deal with a view to making it permanent in the summer but the newspaper claims that the Italian international will command a fee of €20m (£15m) should we buy him outright.

Wenger has sent Yaya Sanogo, Lukas Podolski and Joel Campbell out on loan this month so it wouldn’t be a huge surprise if the boss was to bring in another attacker before the window closes and Destro is emerging as the top target.

If he was to make the move to the Emirates, Destro would offer competition to Olivier Giroud and Danny Welbeck through the middle as he’s predominantly a striker, but he’s also capable of playing out in the wider positions, so would give us plenty of options in attack.

I feel that any deal is likely to be a loan until the end of the season at which point Wenger will reassess his striking options. If we do land Destro then he’ll become our third signing of the January window as we’ve already completed a deal for young midfielder Krystian Bielik while a deal for Brazilian centre-back Gabriel Paulsita is expected to be completed today.