Arsenal will be looking to bounce back from Saturday’s disappointment when we entertain Leicester City at the Emirates Stadium tonight.

The defeat at White Hart Lane was frustrating and we didn’t play well enough on the day, but thankfully we’ve got the chance to get back to winning ways quickly and get that loss to Spurs out of our system.

We head into the game tonight sitting sixth in the Premier League table but if Tottenham fail to beat Liverpool at Anfield, a win by three clear goals would take us up to third ahead of Southampton and Man Utd’s games tomorrow night.

Obviously we should be confident of picking up the three points as Leicester are rooted to the foot of the table and haven’t won away at Arsenal in any of their previous 21 attempts, but it’s important we don’t take them too lightly and assume the game is won before a ball is even kicked.

Nigel Pearson’s men may be in the midst of a mini-crisis both on and off the field, but they showed in the reverse fixture at the King Power that they can be a dangerous side, as they held us to a 1-1 draw back in August, so we need to shown them respect and put in a professional performance.

Arsenal welcome back Alexis Sanchez after he missed the last two games with a minor hamstring injury. It’s not clear if the Chilean international will start but you’d expect he will if he’s proven his fitness ahead of the game.

Midfielder Alex Oxlade-Chamberlain is still out with a groin injury so he joins Mikel Arteta and Mathieu Debuchy on the sidelines.

Jack Wilshere is back in training but this game comes too soon as he’s still to regain match fitness before he’ll be under consideration.

Kieran Gibbs is pushing for a recall at left-back while Santi Cazorla could be given a well-earned rest.

Leicester welcome back January loan signing Robert Huth from a two match suspension so he could make his debut at the back.

Goalkeeper Kasper Schmeichel remains out with a broken foot while Chris Wood is still struggling with an ankle injury. 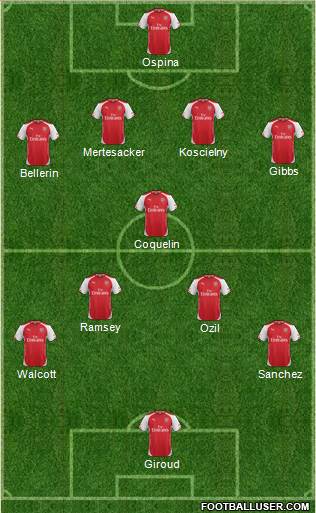 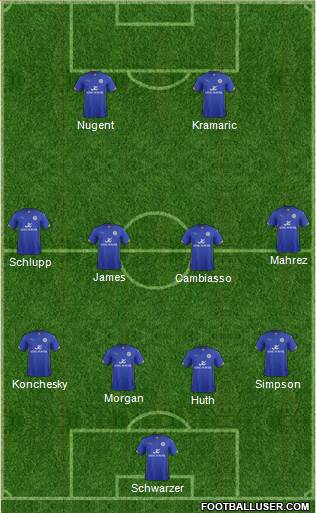 Arsenal 3-0 Leicester: It’s vital we get back to winning ways after the Spurs loss and this is the ideal opportunity to do so. Leicester have been poor lately and with Sanchez back in attack, I think we’ll ease to a comfortable 3-0 win tonight.

Arsenal are obviously the heavy favourites to win with the bookies at odds of  2/7 but thanks to Football-talk you can get enhanced odds of 3/1. If you’d prefer to bet on the exact score line, our 3-0 prediction if on offer at 15/2, and I also fancy Theo Walcott to open the scoring at 9/2. If we combine that with a 3-0 home win then we get very tempting odds of 22/1. Surely that’s got to be worth a couple of quid!?