Arsene Wenger has confirmed that Gabriel Paulista will miss up to three weeks with a hamstring injury while Nacho Monreal is also a doubt to Face Man Utd. 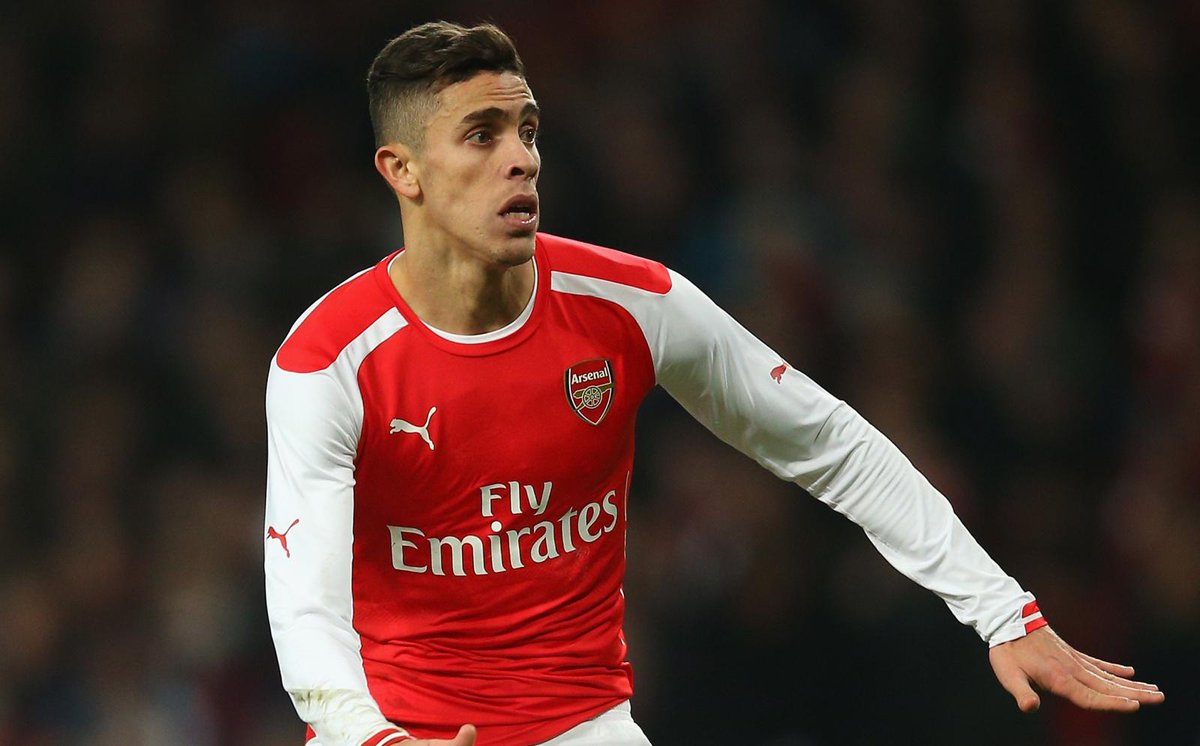 Arsenal take on Manchester United in the quarter finals of the FA Cup at Old Trafford on Monday night and Arsene Wenger has given a team news and injury update ahead of the game.

Speaking to the media at his pre-match press conference this morning, the Gunners boss confirmed to reporters that recent signing Gabriel Paulista will miss the next two to three weeks with a hamstring injury.

The Brazilian defender made just his second Premier League start since joining the club in January when he was named in the side against Queens Park Rangers on Wednesday night.

However, the 24-year-old was forced off just before half time after picking up a hamstring injury and now Wenger has confirmed he is expected to be out for up to three weeks.

It means he’ll not only miss Monday’s FA Cup clash at Old Trafford but he’ll also miss next weeks league game with West Ham at the Emirates and the second leg of Arsenal’s Champions League last-16 tie against Monaco. If Gabriel misses the full three weeks, he could also be ruled out of the trip to St James’ Park to face Newcastle on the 21st.

It leaves Wenger short of options in the middle of defence but there was some positive news from his update as Nacho Monreal could return to the squad this weekend.

The Spaniard missed the win at Loftus Road in midweek with a back injury but he could be in contention if he passes a late fitness test later this afternoon.

Otherwise, Arsene will choose from a similar squad to to the one that beat QPR 2-1 on Wednesday, although the Frenchman may decide to make some changes to freshen things up with the likes of Wojciech Szczesny, Calum Chambers, Theo Walcott and Danny Welbeck pushing for recalls.

TEAM NEWS: Gabriel out for two to three weeks with a hamstring problem. @_nachomonreal to have test today #MUFCvAFC pic.twitter.com/ONPGtYZZ5V

At Colney. Wenger: "Gabriel has a hamstring injury and he will be out for 2-3 weeks. Monreal might come back – he has a test today."