Man Utd play host to Arsenal in the quarter finals of the FA Cup at Old Trafford tonight. Here’s a preview with team news, line-ups and predicted score.

It’s the battle of the giants as Manchester United host Arsenal at Old Trafford in the quarter finals of the FA Cup tonight.

Just one point separates the pair in the Premier League table with third-placed Arsenal holding a slight advantage over the hosts but they will put their top-four rivalry to one side this evening with a place in the last four of the FA Cup at stake.

United booked their place in the quarter final stage with a 3-1 victory over Preston North End while Arsenal eased past Middlesbrough 2-0 at the Emirates to make it through to the last eight for the 11th time under Arsene Wenger.

The Gunners have progressed to the semi finals in nine of their previous 10 attempts with the only defeat coming at the hands of United back in 2011.

Louis van Gaal’s side boast a formidable record at home to Arsenal with the Red Devils winning nine and drawing one of their previous 10 meetings at Old Trafford, so the North Londoners will be desperate end that win less run tonight.

United will be without Robin van Persie as the striker misses the chance to face his former side due to an on-going ankle injury.

Jonny Evans will also sit this one out as he starts his six-match ban for spitting at Newcastle striker Papiss Cisse last week.

Luke Shaw is expected to shake off a minor hamstring injury and could return at left-back but Michael Carrick isn’t likely to start just yet after only making one substitute appearance following a calf problem.

Arsenal defender Gabriel has been ruled out for up to three weeks with a hamstring injury so Laurent Koscielny will start alongside Per Mertesacker at the back.

Nacho Monreal faces a late fitness test on a back injury while Wenger has confirmed that Wojciech Szczesny will start in goal as long as he can prove he’s fully-recovered from the illness that kept him out of last Wednesday’s win at QPR. 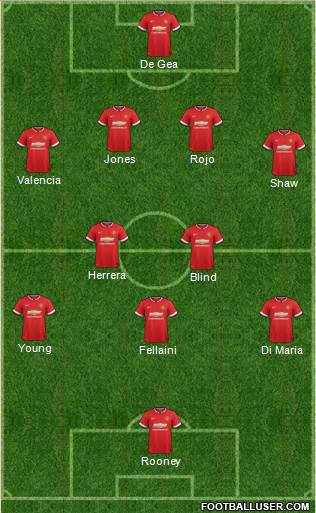 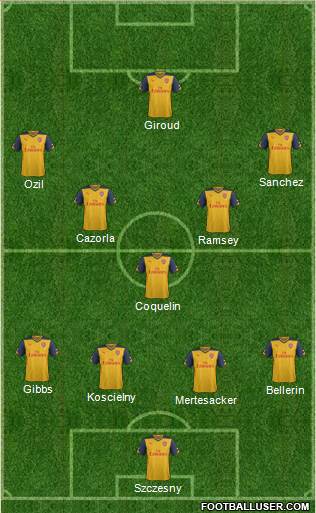 Man Utd 2-2 Arsenal: United have been grinding out results lately without playing particularly well but Arsenal come into the game in fine form having won 10 of their last 12 games in all competitions. I can see a few goals tonight as neither team are especially tight at the back but in the end a replay may be in order as I predict a 2-2 draw.

Man Utd are the slight favourites to win the game at odds of 7/5 while Arsenal are at 9/5 but Football-Talk can get you enhanced odds of 5/1 for United and 6/1 for an Arsenal win, plus you can claim £100 in free bets. However, I predict a draw and 2-2 is on offer at 12/1 while I also like the look of Wayne Rooney to open the scoring at 11/2. If we combine those bets in a scorecast then we get very tempting odds of 65/1. Surely that’s got to be worth a couple of quid!?