Arsene Wenger has given a team news and injury update ahead of Arsenal’s Champions League last-16 clash against Monaco tomorrow night. See the latest here. 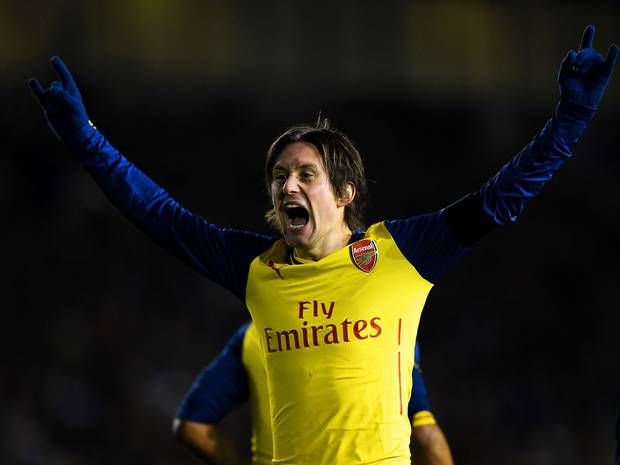 Ahead of the game, Arsene Wenger has been speaking to the media at his pre-match press conference this evening and has given Arsenal.com a team news and injury update.

The boss started by confirming the good news that Gabriel Paulista has travelled to France and is in the squad and available for selection tomorrow.

The Brazilian only returned to full training on Sunday after two weeks out with a hamstring injury so I don’t think we’ll see him start, but it’s good to have another option in defence to call upon on the bench.

Wenger also reiterated that Alex Oxlade-Chamberlain hasn’t travelled as he’s facing up to a month on the sidelines after pulling his hamstring against Manchester United last week.

There was also bad news on Tomas Rosicky as the midfielder has been left back in North London as he’s still suffering from the sickness that’s already kept him out of our last two matches.

With The Ox and Rosicky still out, they join Jack Wilshere, Mikel Arteta and Mathieu Debuchy on the sidelines – although the latter two did take part in light training today as they continue to work their way back to full fitness.

Check out my predicted starting line-up for the Monaco game

Arsenal head into the game tomorrow needing to overturn a 3-1 deficit but we might be quietly confident of pulling off a minor miracle as we’ve won all three games following the first leg and we know we can create chances against them.