Chelsea have kick-started their summer transfer business early after submitting a €35m offer for Valencia midfielder Andre Gomes, according to reports.

The January transfer window is now closed but that won’t stop the newspapers from speculating ahead of the summer so we’ll bring you all the news and gossip. Today, Chelsea are linked with Andre Gomes…. 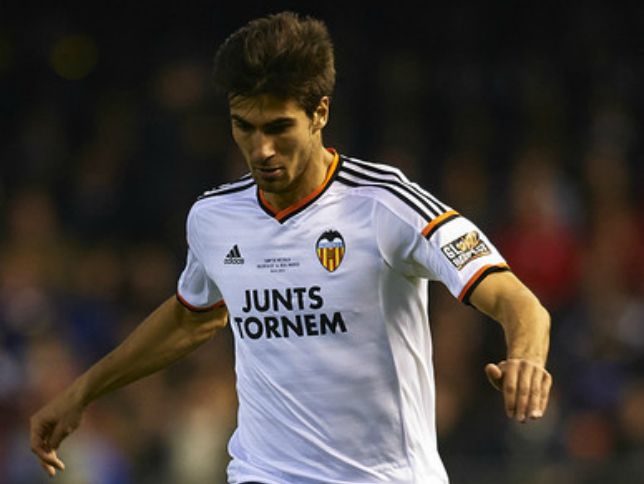 Chelsea have kick-started their summer transfer business early after submitting a €35m offer for Valencia midfielder Andre Gomes, according to reports.

Jose Mourinho is expected to add to his midfield options this summer after seeing his side fall short in the Champions League this season and it appears he’s set his sights on highly-rated Valencia man Gomes.

The Portuguese international only joined Valencia from Benfica last summer but has been impressing during his short time in La Liga, helping the club to third in the table and on course to qualifying for the Champions League next season.

The Metro claim that Chelsea have been monitoring Gomes since his days at Benfica and have decided to make their interest official ahead of a potential summer move after tabling a €35m (£25.7m) offer.

However, while the newspaper suggests that Valencia aren’t willing to sell at that price, it’s understood the Premier League leaders are willing to make another improved offer in order to persuade the Spaniard’s to cash in.

It remains to be seen what price will be required as Valencia are no longer under any pressure to sell their best players after the club was taken over by billionaire Peter Lim, so Chelsea may have to dig deep if they want to lure the 21-year-old to West London.

Gomes is central midfielder who is known for his passing ability so he’s very-much like Cesc Fabregas in that respect, therefore he may be seen as a back-up for the Spaniard and to give Mourinho more options in the middle of the park.

It will be interesting to see how high Chelsea are willing to go for the player as I personally don’t see him as being able to force his way past the likes of Fabregas, Matic or Oscar for a regular first team place any time soon so a fee above €35m seems extremely high for a back up player.

However, Gomes is only 21 so he’s got his entire career ahead of him and will no doubt only get better over the coming years, so I suppose he’d be an investment for the future as well as someone to help out when called upon next season.