Louis van Gaal has confirmed that two of his players will miss the Aston Villa match tomorrow while one of his defenders also a major doubt. Find out more… 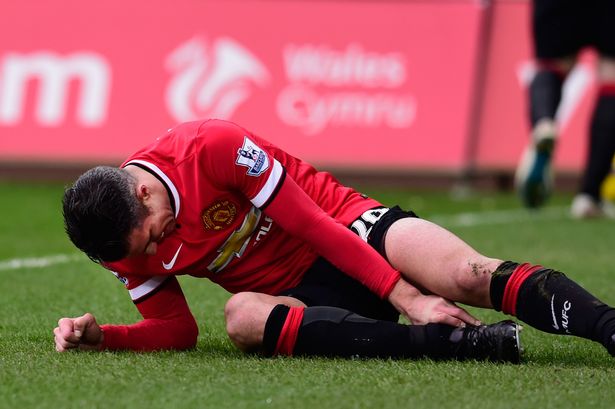 Manchester United will look to continue their excellent recent form when they entertain Aston Villa at Old Trafford on Saturday afternoon.

Ahead of the game, Louis van Gaal has been speaking to the media at his pre-match press conference today and he’s given ManUtd.com a team news and injury update.

The Dutchman confirmed that Chris Smalling is a doubt after returning from international duty with sickness. The centre-back started in England’s friendly against Italy on Tuesday night but was forced off in the first half after feeling unwell.

van Gaal revealed that Smalling hasn’t been able to train so far this week and even if he is able to get out on the training pitch on Friday afternoon, the United boss hinted that he may still miss out against Villa as it’s so close to tomorrow’s game.

When asked about any injuries suffered from the international break, van Gaal told the clubs website:

“There is only Smalling, who is ill,”

“He is still ill so I have to wait and see if he can train today [Friday] – it is very close to the game.

If Smalling misses out then Marcos Rojo is expected to come back into the side to partner Phil Jones in defence, as Jonny Evans continues to serve his six-match ban for spitting.

There is slightly better news on Luke Shaw as the left-back is edging closer to a return after being able to train this week having recovered from a hamstring injury. However, van Gaal hinted that he may still not be considered for action tomorrow as he’s lacking match fitness.

Robin van Persie is certain to miss out though as the striker is still not back in full training yet following six weeks on the sidelines with an ankle injury that he suffered against Swansea in February. van Gaal continued:

“Robin is coming back on the [training] pitch and Luke Shaw has already had a week on there, but match rhythm is very important. You cannot compare a player who has been out for four or five weeks to those that have sufficient match rhythm.”

“We have a process for injured players in the medical department, they then go to a football coach for tests and then to me. Robin still isn’t with the football coach. He’s still not in my group. Luke Shaw is in my group, that’s different, but van Persie isn’t available.”

If Shaw is ruled out then Daley Blind could continue to deputise at left-back while Marouane Fellaini is expected to continue to support Wayne Rooney in attack while van Persie remains on the sidelines.

United head into the weekend action sitting five points clear of fifth-placed Liverpool following their win at Anfield before the international break so another victory over Villa would give their Champions League qualification hopes a major boost.