As the opening of the summer transfer window approaches, managers are working hard identifying targets and lining-up potential deals so we’ll bring you all the news and gossip. Today, Chelsea join Manchester United in the race for Diego Godin…. 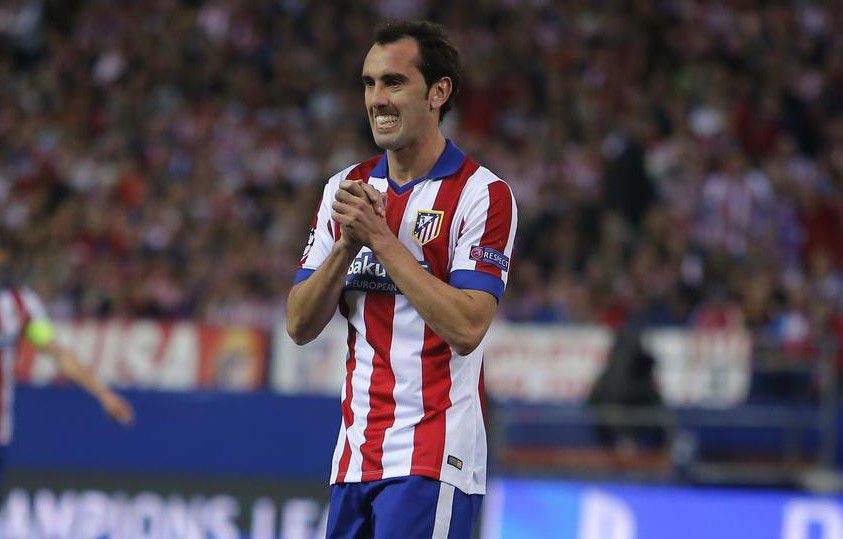 Chelsea have identified Manchester United target Diego Godin as a potential signing as Jose Mourinho looks to strengthen his defensive options this summer, according to reports.

The Blues are well on course to reclaiming the Premier League title this season but Mourinho is expected to add to his defence after seeing the Blues crash out of the Champions League to Ligue 1 outfit Paris Saint-Germain.

Speculation has suggested that the West Londoners are keen on signing Raphael Varane with the French international struggling to establish himself as a regular under Carlo Ancelotti at Real Madrid.

However, he’s still just 21 and is widely considered as one of the best young centre-backs in European football, so the Madrid hierarchy are likely to see him as a long-term successor to Sergio Ramos.

Varane is under contract until 2020 so the European champions are under no pressure to sell and they are expected to resist all offers for the former Lyon defender this summer.

If that turns out to be the case then the Mirror claim that Chelsea will turn their attention to Atletico Madrid star Diego Godin with Mourinho eyeing him as a potential alternative.

Godin has developed into one of the most accomplished central defenders in the world in recent years and his rock-solid partnership alongside Miranda has been the foundation to Atletico’s success in recent years.

However, the newspaper suggests that the Uruguayan international is also on Manchester United’s radar so Chelsea could face stiff competition from their Premier League rivals.

No doubt Godin would be an excellent signing for either club but the 29-year-old has a release clause set at €40m (£28.5m) and Atletico aren’t likely to let him leave for much below that figure.

While Godin is a top class centre-back, that sort of money would be a huge investment for a player approaching 30 and who would therefore have very little sell-on value, so I’d personally be surprised if Mourinho or van Gaal agreed to match that asking price.

But if they could manage to persuade Atletico to lower the fee then Godin would be a major coup, and I’m sure Chelsea and United fans will be keeping a close eye on any developments over his future as we approach the opening of the summer window.