Goalkeeper: Hugo Lloris made a successful return to the starting eleven last weekend and he’s expected to once again start on Sunday.

Defence: Mauricio Pochettino has been handed a boost with Danny Rose back in contention and he should replace Ben Daives with the full-back out for the season following shoulder surgery.

Kyle Walker is also out injured so Eric Dier will play at right-back with Federico Fazio alongside Jan Vertonghen in the centre of defence.

Midfield: Pochettino is expected to stick with his preferred central midfield pairing of Nabil Bentaleb and Ryan Mason, with the likes of Etienne Capoue and Mousa Dembele still out of favour.

Attack: Erik Lamela should get the nod ahead of Andros Townsend on the right while Christian Eriksen and Nacer Chadli should support Harry Kane in attack. 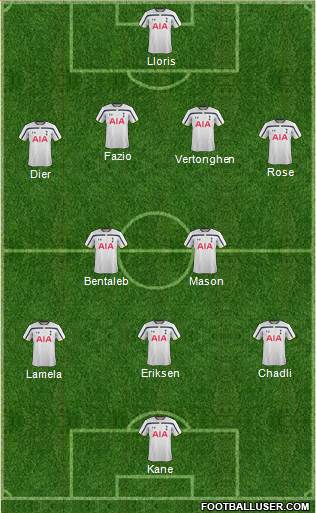 Goalkeeper: No decision here, Joe Hart will start in goal.

Defence: City will have to continue without skipper Vincent Kompany as he nurses a thigh injury so Mangala is expected to start alongside Demichelis in defence. Alexander Kolarov is likely to start ahead of Gael Clichy at left-back while Pablo Zabaleta will be at right-back.

Midfield: Yaya Toure is also set to miss the game through injury so Fernandinho should start alongside Fernando in midfield.

Attack: David Silva is a cert to start while Jesus Navas could get the nod ahead of James Milner and Samir Nasri. Manuel Pellegrini may opt to play an attacking line-up which could see Sergio Aguero support Edin Dzeko up front.

Here is how City could line-up: 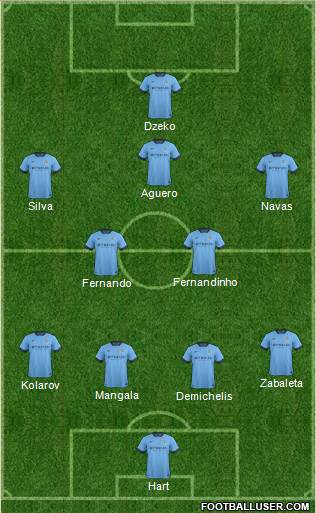 What do you think? What would be your line-up?